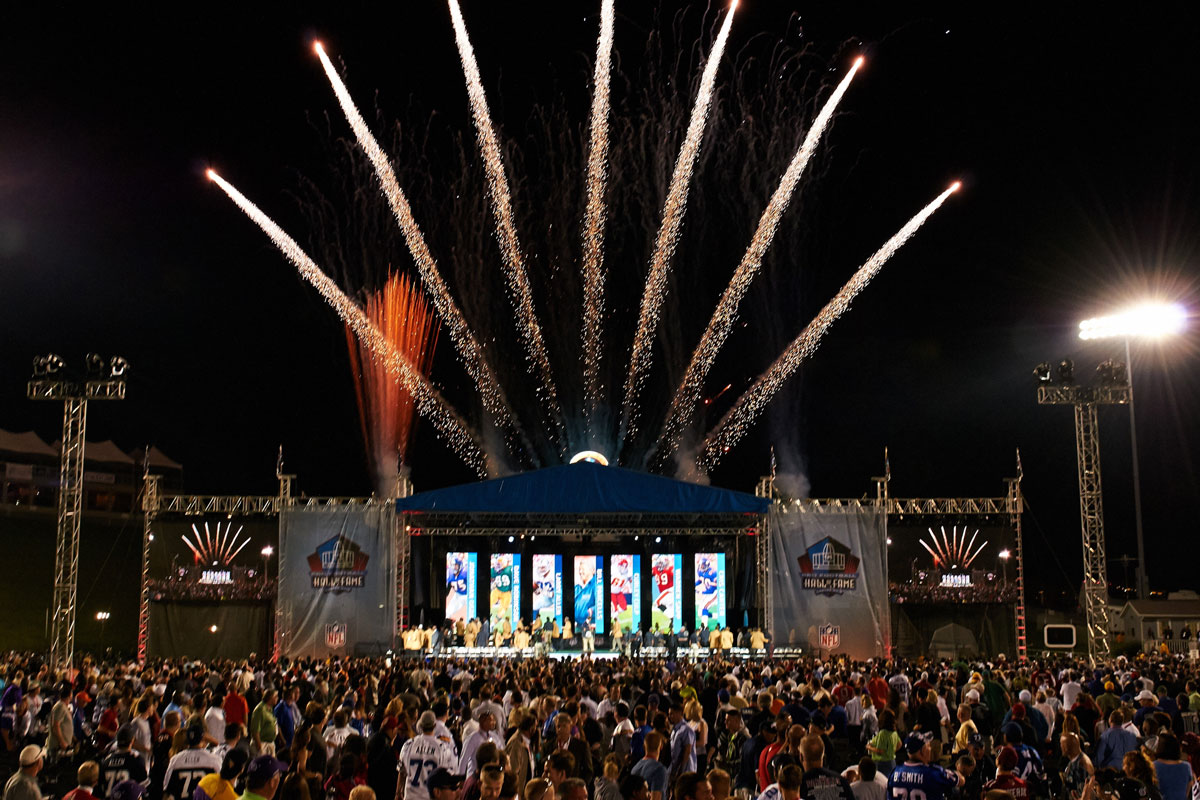 The 2018 Modern-Era Finalists with their positions, years and teams:

The 15 Modern-Era Finalists join three other finalists to comprise 18 finalists under consideration for the Pro Football Hall of Fame’s Class of 2018.

Two Senior Finalists were announced in August 2017 by the Seniors Committee that reviews the qualifications of those players whose careers ended more than 25 years ago.

One Contributor Finalist, also announced in August, was selected by the Hall of Fame’s Contributor Committee that considers persons, other than players and coaches, who made outstanding contributions to professional football.

To be elected, a finalist must receive a minimum positive vote of 80 percent during the annual selection meeting.

Join us in Caton, Ohio!

This class is shaping up to be one of the best we’ve ever seen! Don’t miss the opportunity to see the enshrinement of some of the biggest heroes of the game. You can easily attend the Pro Football Hall of Fame Enshrinement Week Powered by Johnson Controls with HOF Experiences. As a VIP guest with HOF Experiences, you will enjoy four days of football greatness. You’ll have seats to the Hall of Fame Game, the Enshrinement Ceremony, and the Concert for legends along with exclusive access to some of the best parties all weekend. To learn more, click below or call us at 844.751.0532.

Get My 2018 Pro Football Hall of Fame Diamond Package