We are back from a wild, exciting and surely unpredictable 2019 Super Bowl.

As the New England Patriots upended the Los Angeles Rams, 13-3, to earn the franchise's sixth Super Bowl championship in history, guests with Hall of Fame Experiences got to enhance their weekend with pre- and post-game hospitality in the Gold Jacket Club.

The Gold Jacket Club was hosted at the Georgia Freight Depot, just over a mile away from the Mercedes-Benz Stadium. And while Super Bowl rings were being won just down the road, it was in the Gold Jacket Club that the rings shined the brightest.

Let's take a look back at the Gold Jacket Club at the 2019 Super Bowl. 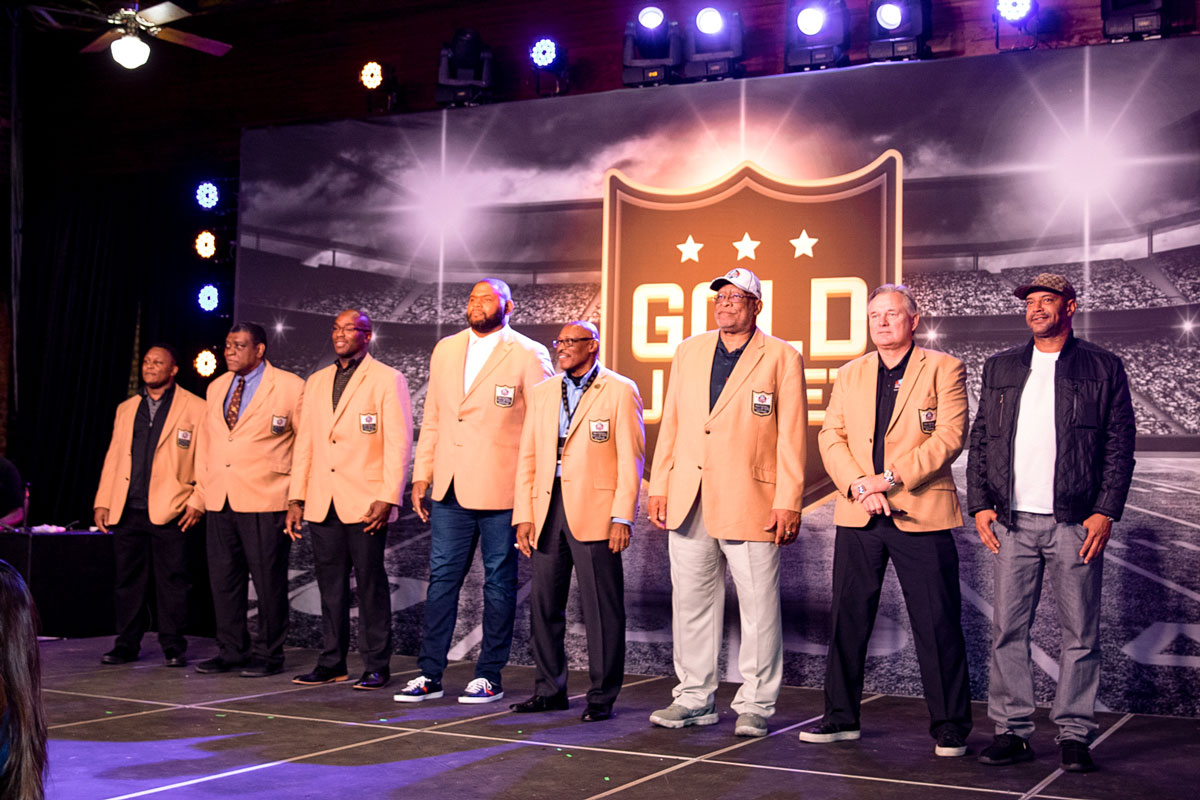 The festivities on stage were hosted by Hall of Famer and Detroit Lions legend Barry Sanders and ESPN's Cari Champion, co-anchor of ESPN's flagship program Sportscenter Coast-to-Coast. The two spent time introducing themselves to the crowd and chatting with each other about their excitement for the big game.

After the two spent some time together on stage, the introductions for the special player guests commenced. Champion welcomed onto the stage the official Gold Jacket Club guests: Floyd Little, Orlando Pace, Morten Andersen, Dave Robinson, Antonio Freeman, Will Shields and Claude Humphrey.

The players rotated on an off the stage, taking place in a roundtable style Q&A session with Champion and Sanders. As Champion asked questions and the players told stories from their historic careers, fans laughed along and even got to pipe in some questions themselves. 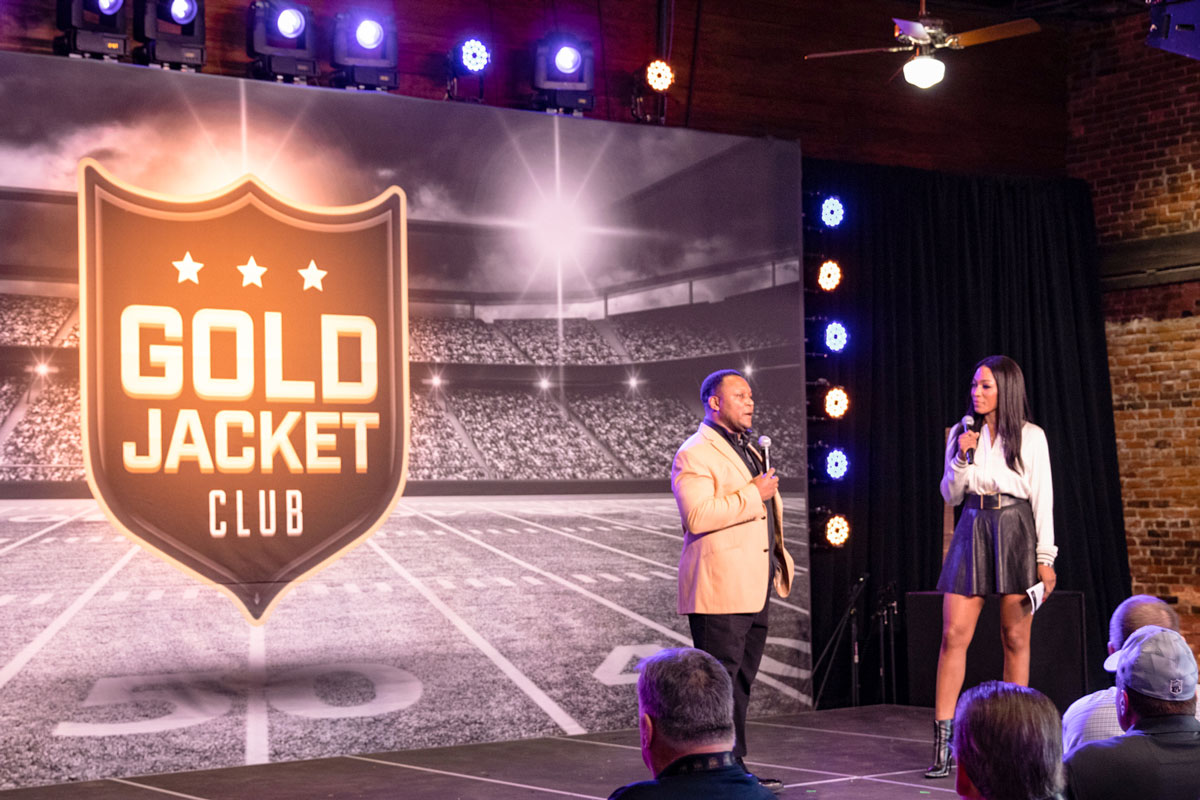 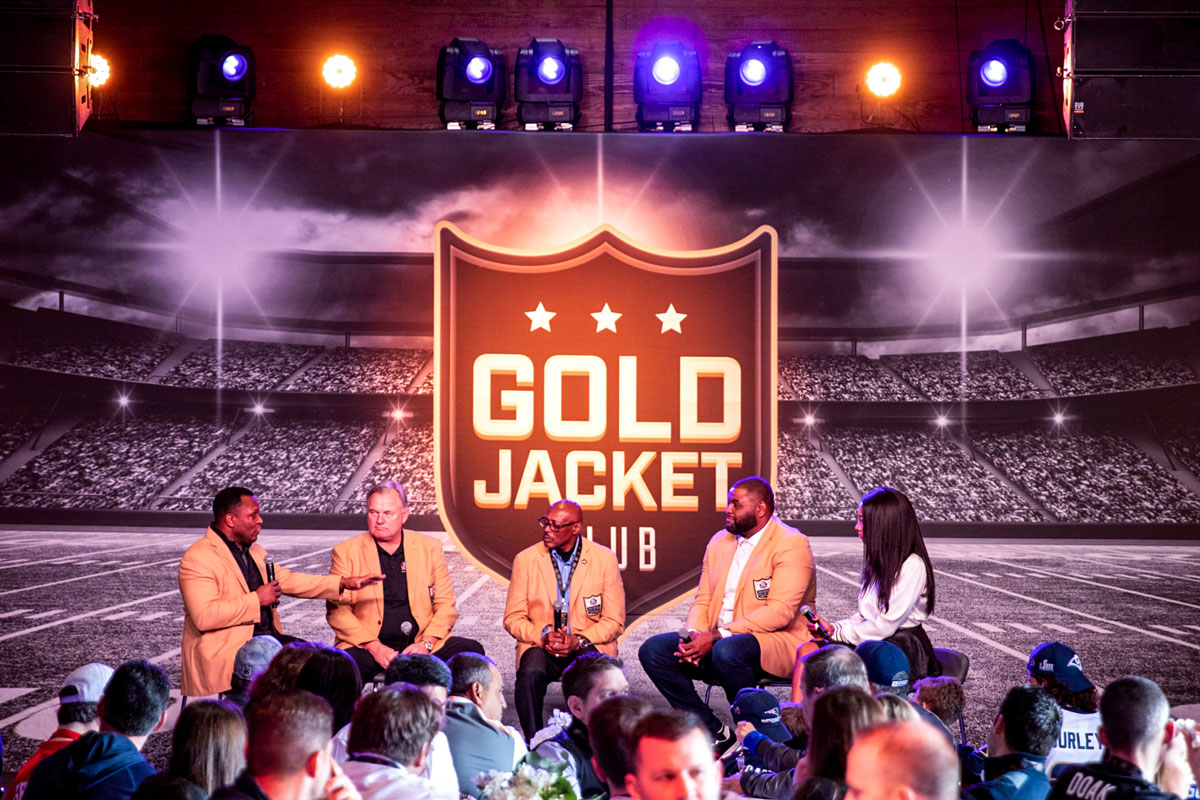 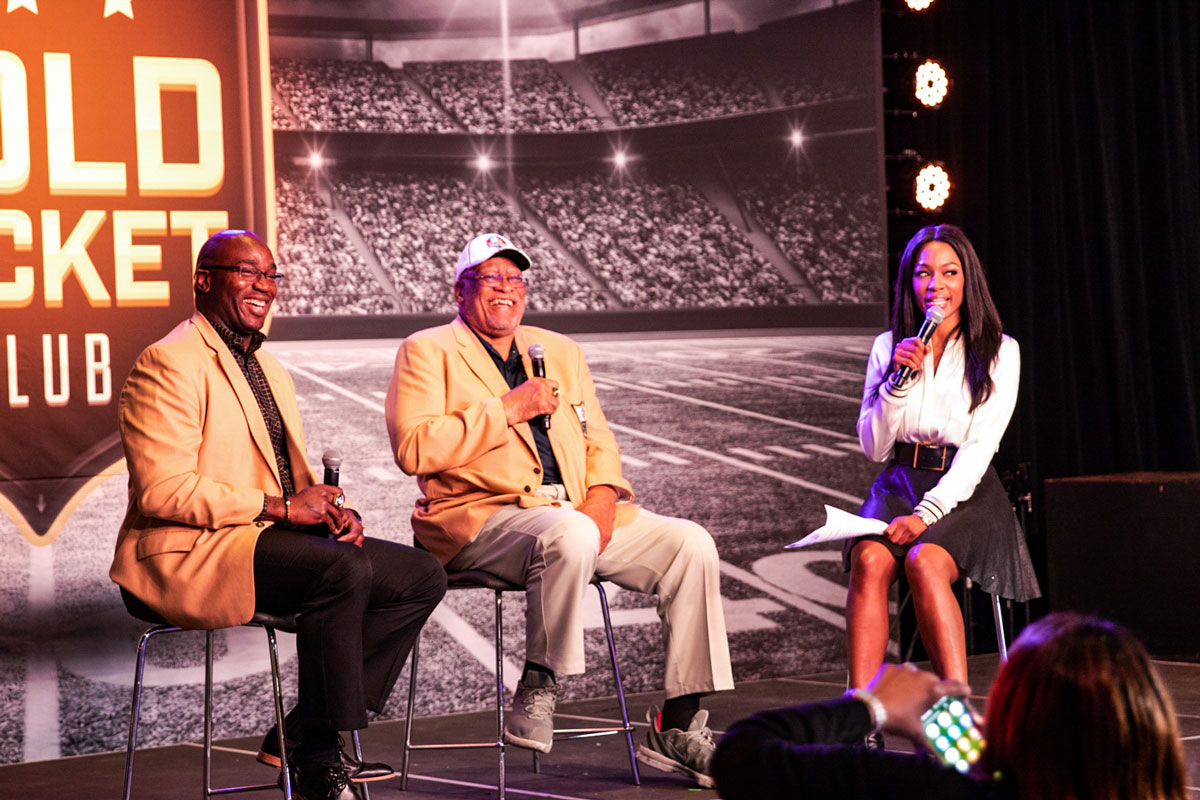 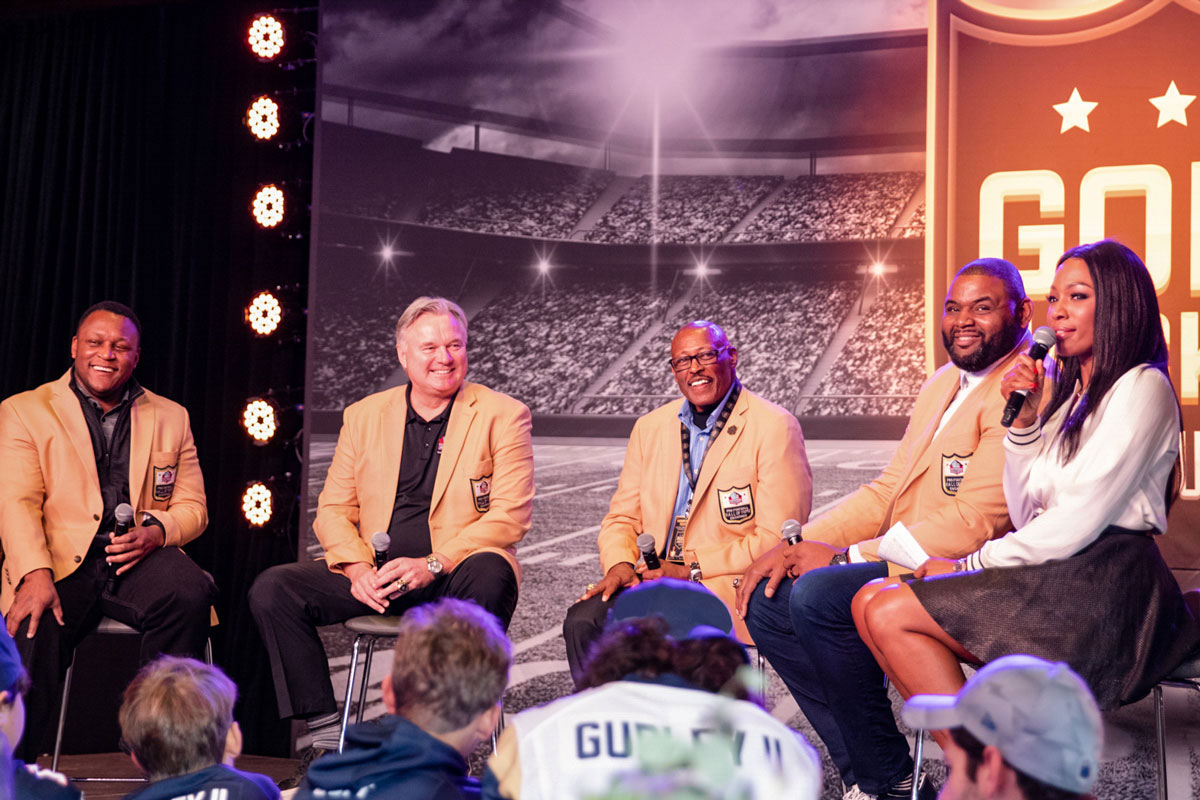 Throughout the pre-game hospitality, Gold Jacket Club guests would head over to the area where our Gold Jacket and NFL legend guests were sitting for a meet-and-greet and autograph session. The former players were ecstatic to be meeting fans, with the conversation normally revolving around their career of their thoughts on the matchup between the Rams and Patriots. Fans bought a myriad of different things for the players to sign, including jerseys, football, playing cards and official 2019 Super Bowl merchandise. 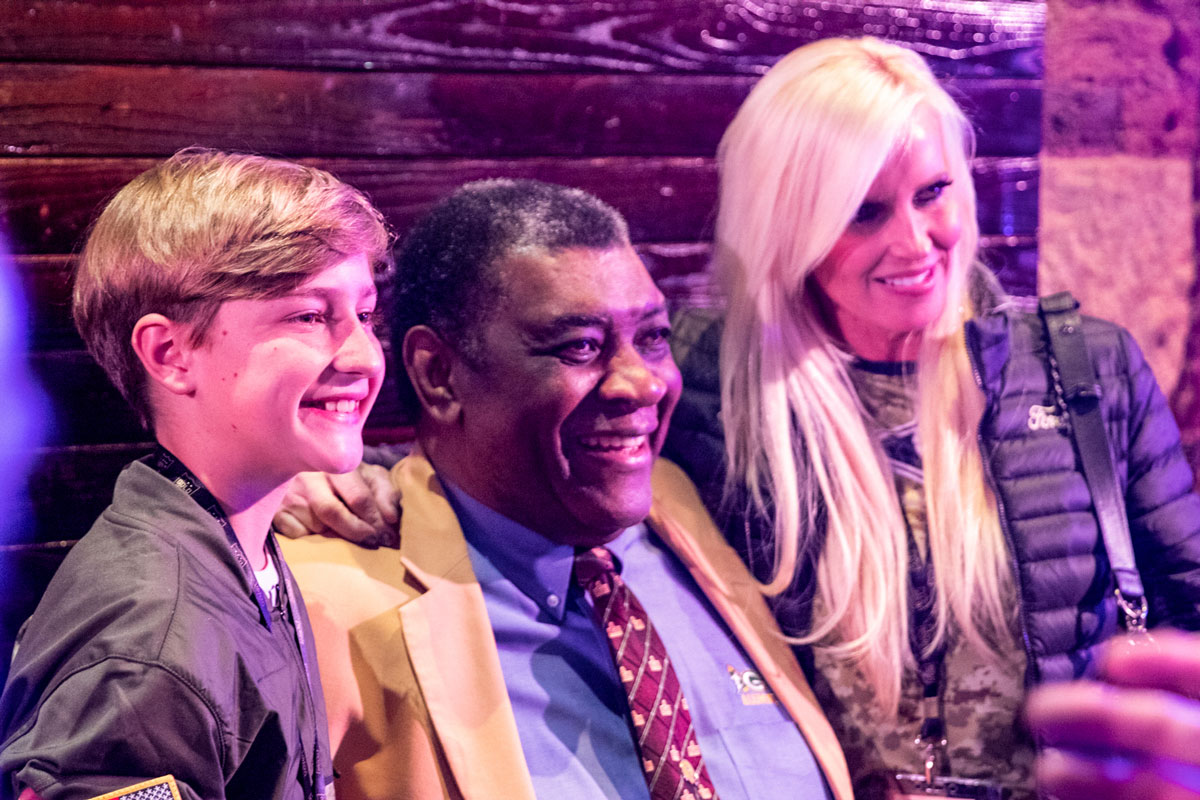 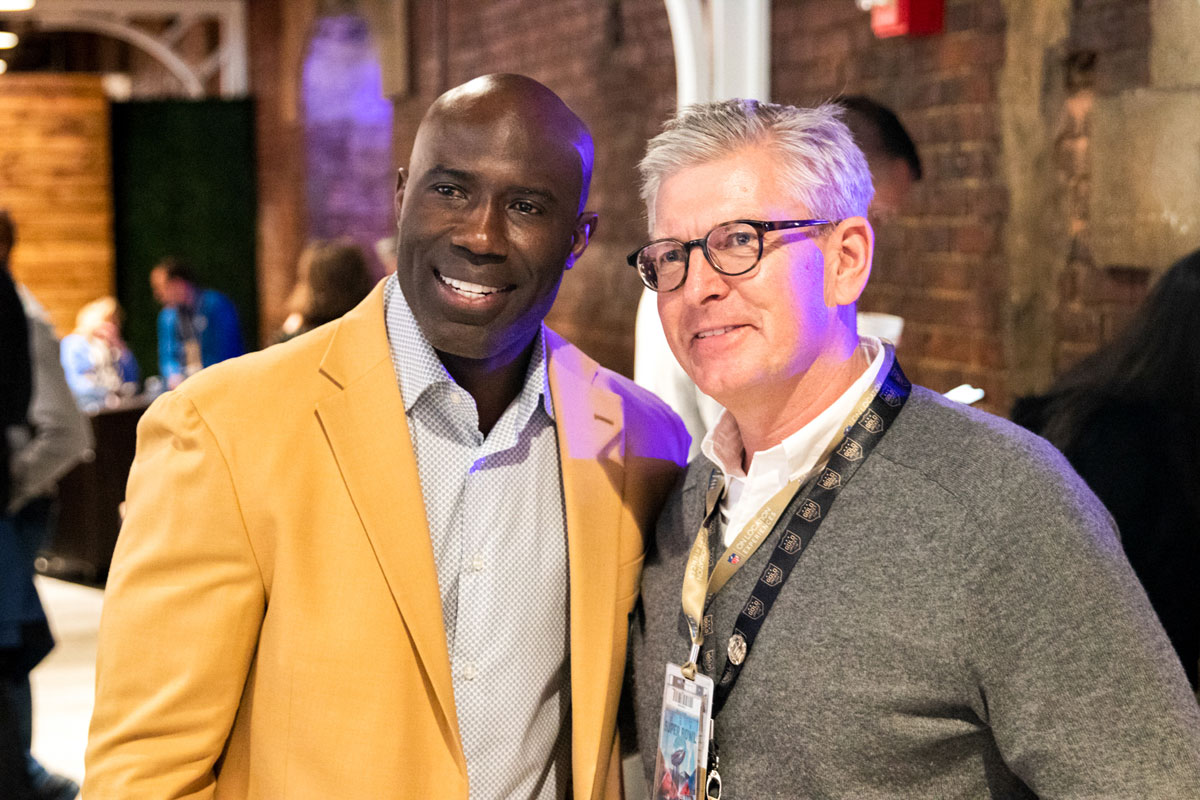 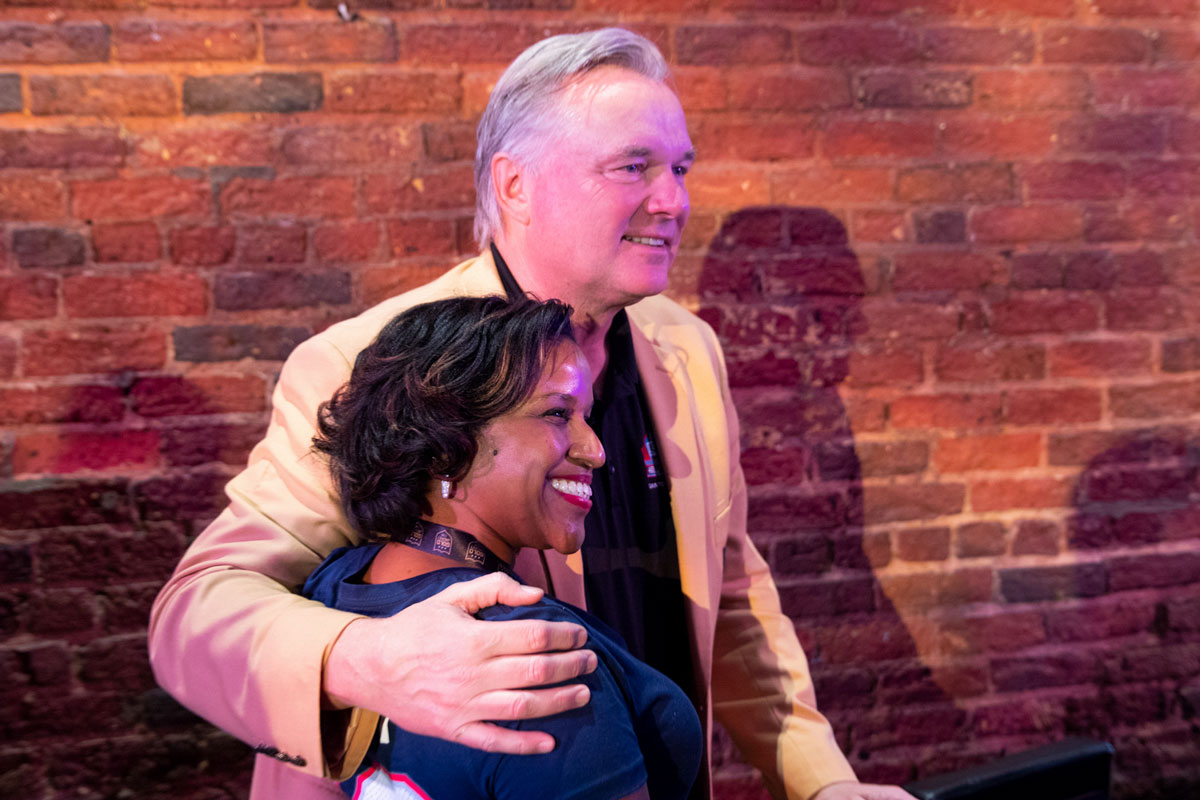 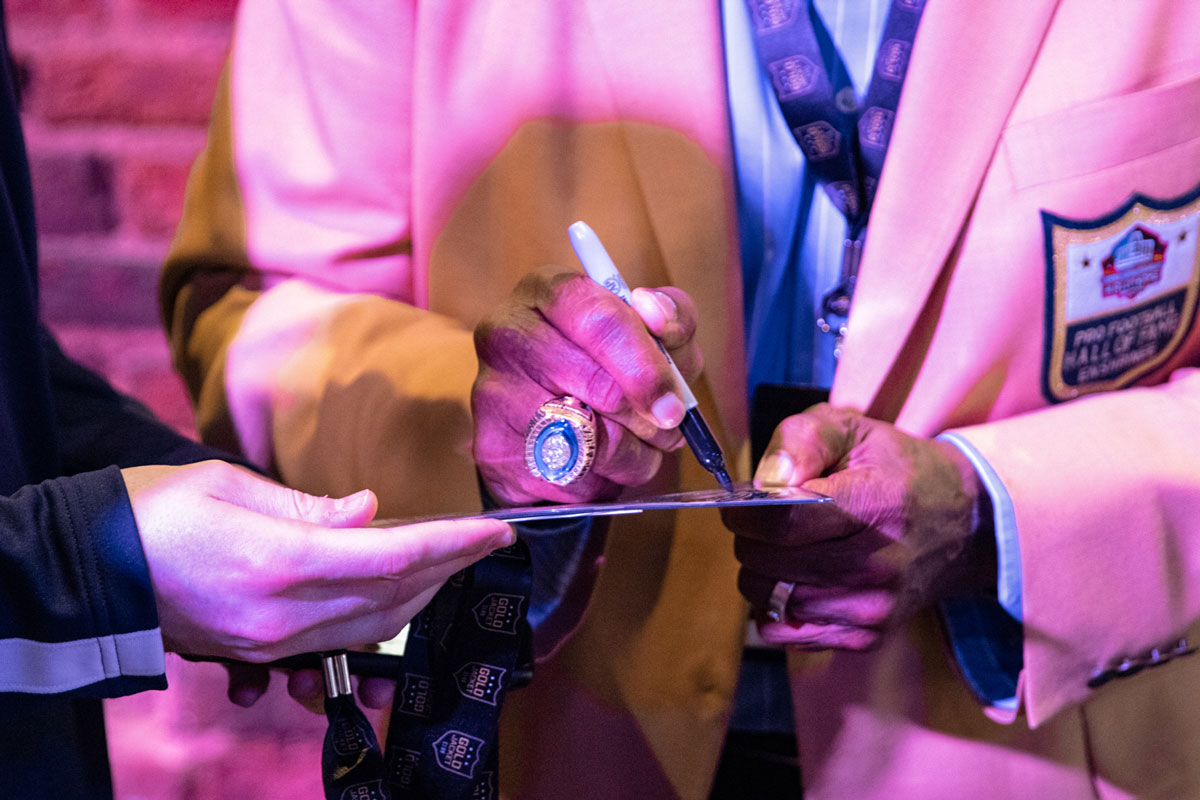 Hospitality was the place to be before and after the 2019 Super Bowl. While guests weren't watching all the action and Q&A's on stage, or meeting the Gold Jacket Club guests, they were eating from the gourmet selection of food and enjoying their own company at the Georgia Freight Depot.

As far as the food went, guests enjoyed a varied selection of meals that included multiple seafood options and complimentary items such as chicken and waffles and vegetable medleys.

Whether it was friends, family or business associates, everyone was enjoying their time sitting, eating, laughing and more at the Gold Jacket Club.

And in a surprise appearance, stars like Hall of Famer Cris Carter came into hospitality to greet Gold Jacket Club guests and take photos. 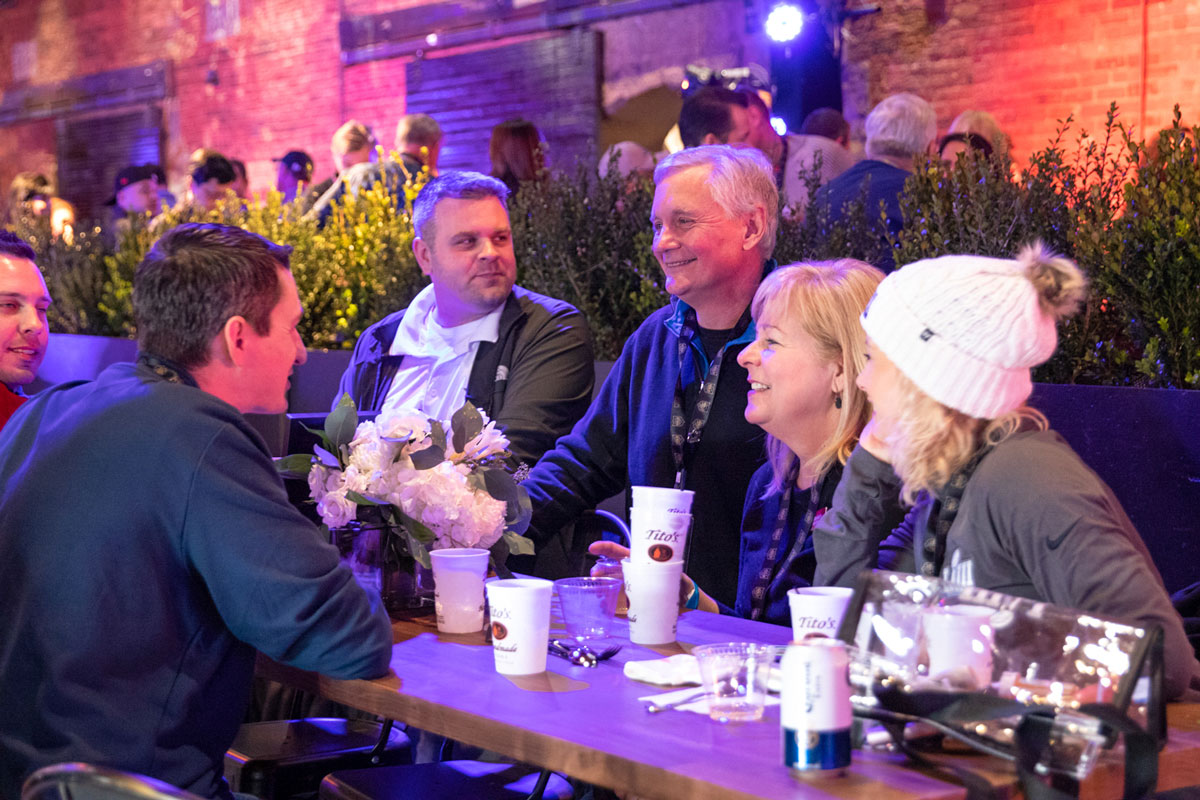 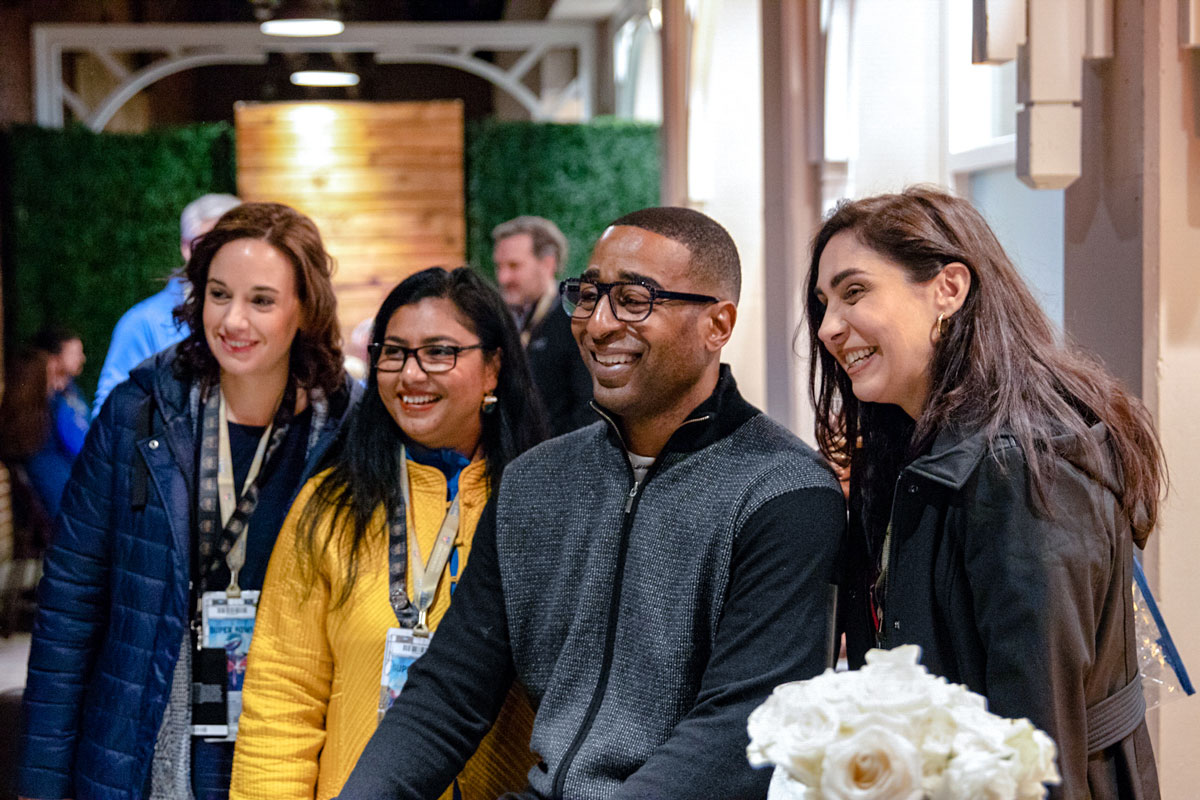 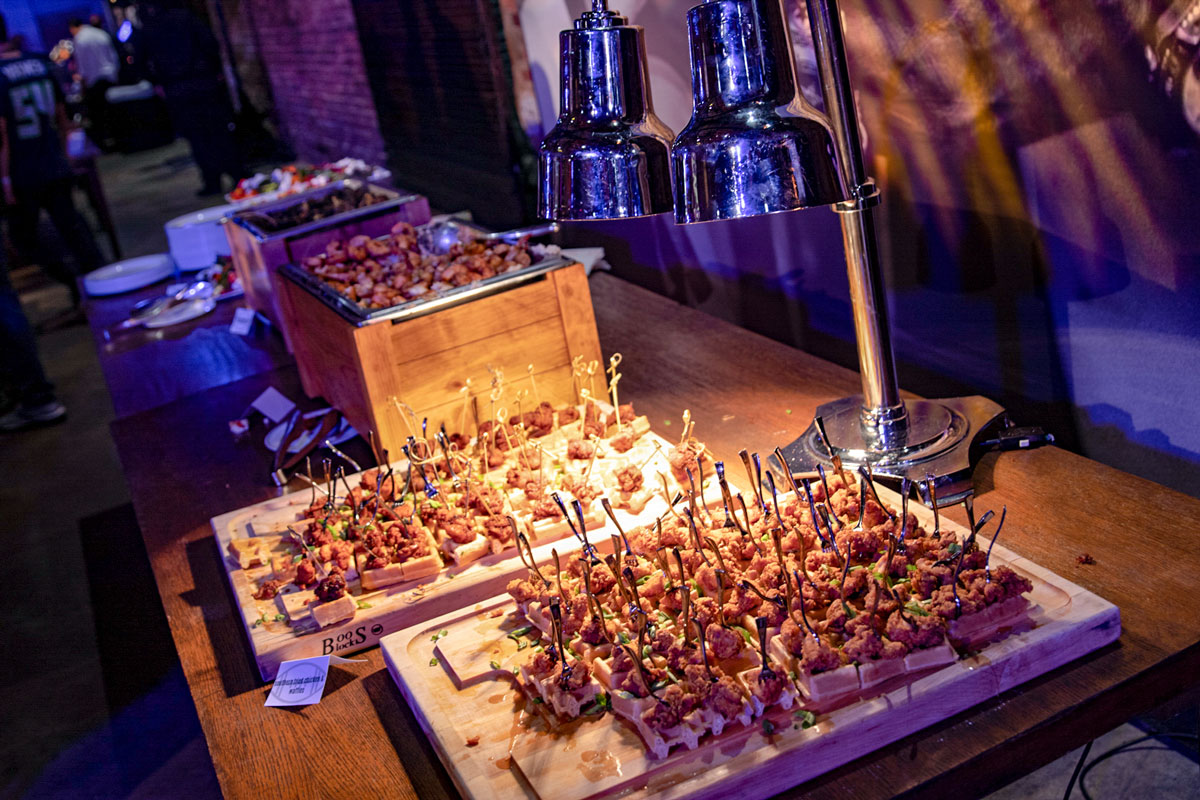 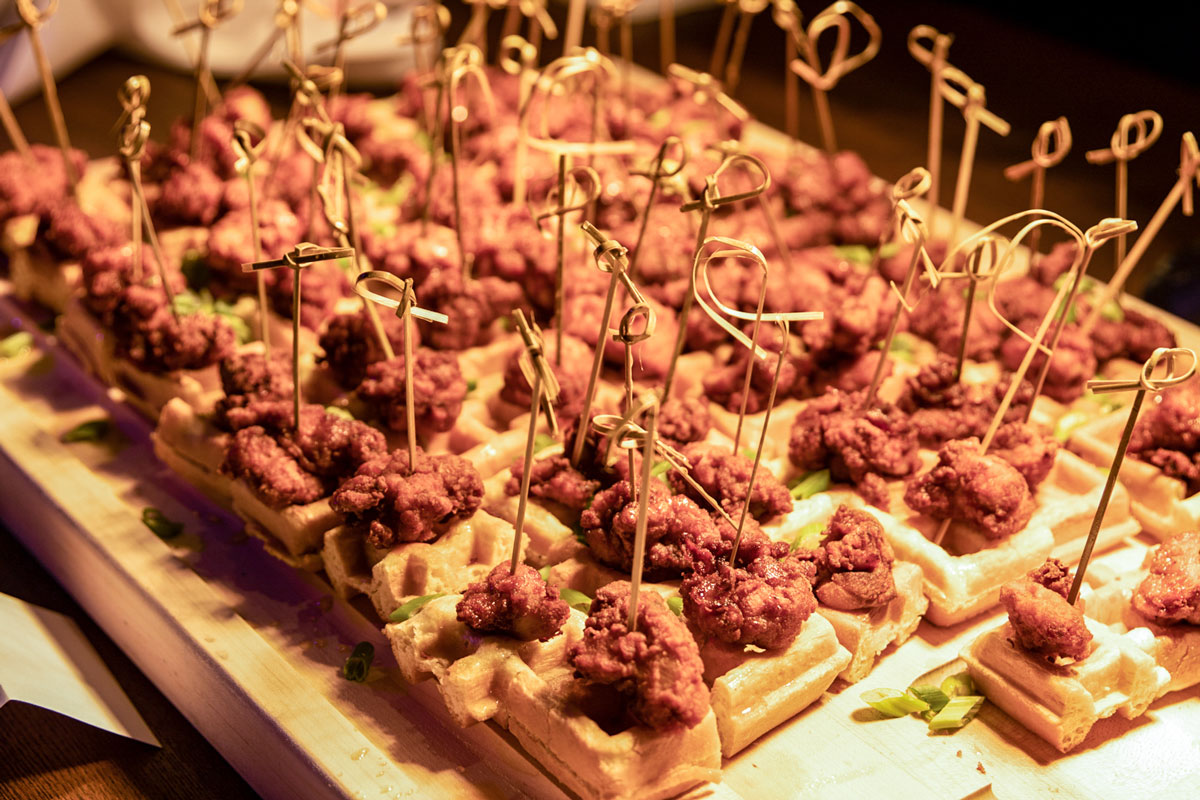 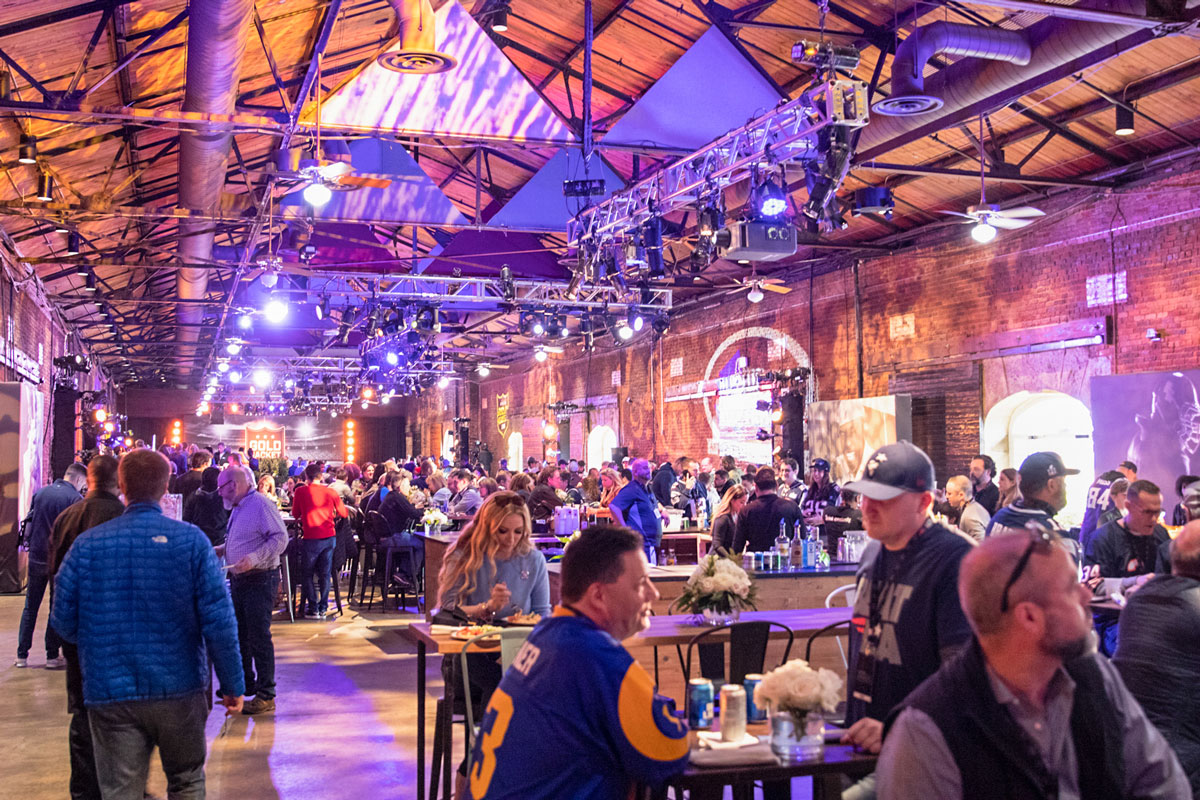 Join the Gold Jacket Club at the 2020 Super Bowl

If you missed out on the action at the 2019 Super Bowl, don't worry. The Gold Jacket Club is returning next year when the 2020 Super Bowl heads down to Miami. Next year's event will be hosted by legendary wide receiver and Hall of Famer Jerry Rice, who will be joined by another collector of fellow Hall of Famers and NFL legends. Don't let the 2020 Super Bowl go by without getting inducted into the Gold Jacket Club from HOF Experiences.

You can get your 2020 Super Bowl ticket package by heading to the link below: