The Pro Football Hall of Fame welcomed in eight new members this weekend and our guests got to witness every moment of 2019 Enshrinement Week Powered by Johnson Controls firsthand. From meet-and-greets with Hall of Famers, VIP parties, exclusive photo opportunities and more, there was no better way to enjoy Enshrinement Week than with an Official Ticket Package.

Here are the highlights from our week in Canton:

Our guests were put front and center of all the action at 2019 Enshrinement Week with the Enshrinement Stage photo op on Saturday morning.

With a professional photographer waiting to take their photos, our guests walked onto the same stage that the game's greatest names would take to later in the day. 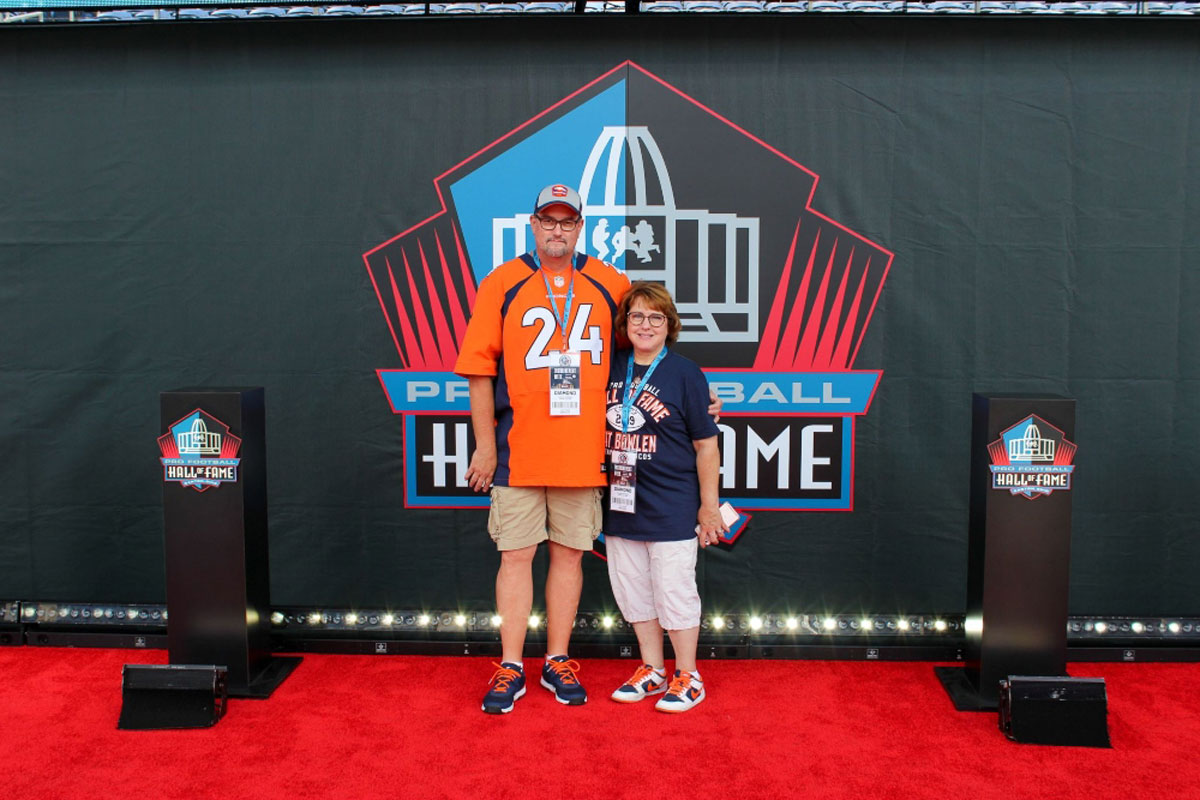 Enshrinement Week isn't just about the members of the Class of 2019 — it's about every Gold Jacket from the past and present that has helped shape Canton into the Shangri La of football that it has become over the past decades.

With new members entering the brotherhood every year, Enshrinement Week calls home its biggest and brightest Hall of Famers to join in on the celebration.

The best part? Guests of HOF Experiences got exclusive meet-and-greet access with a lot of them.

Through the several VIP parties held throughout the weekend, Official Ticket Package holders were able to interact with the legends of the game while getting autographs and pictures that will last a lifetime. 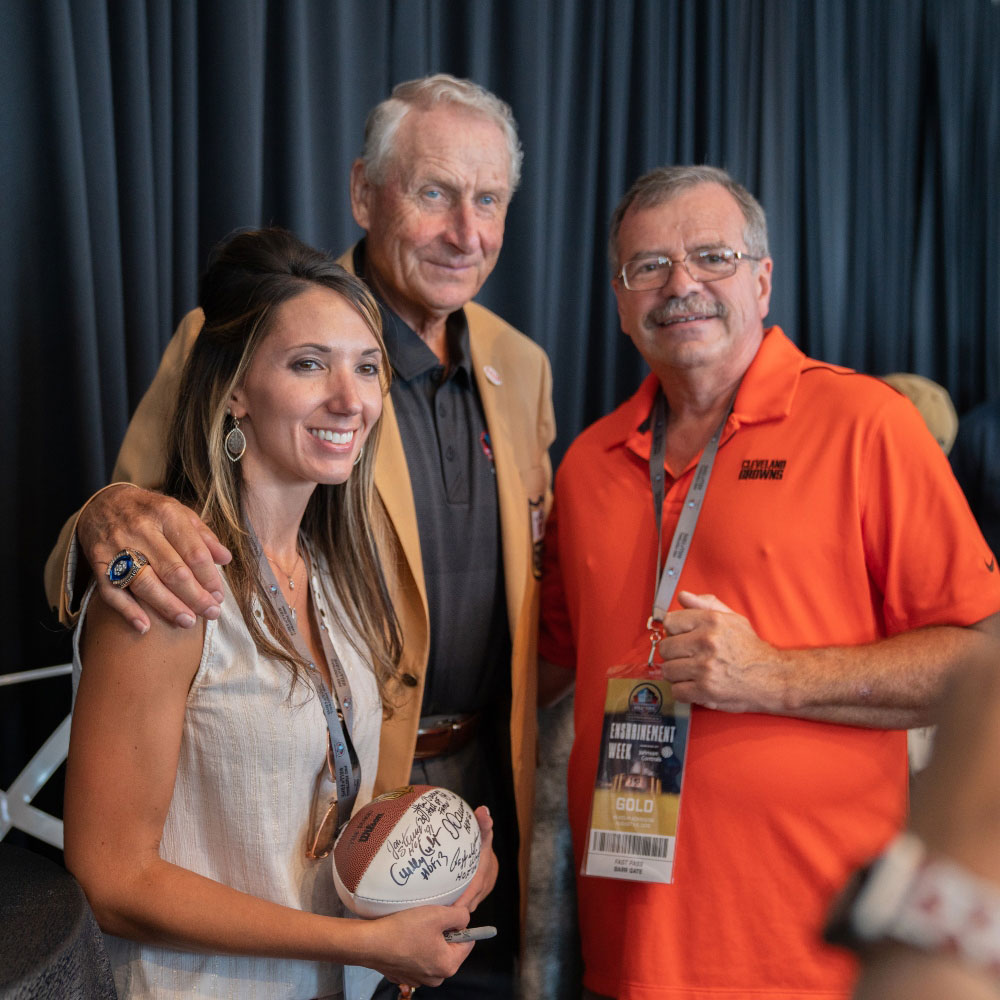 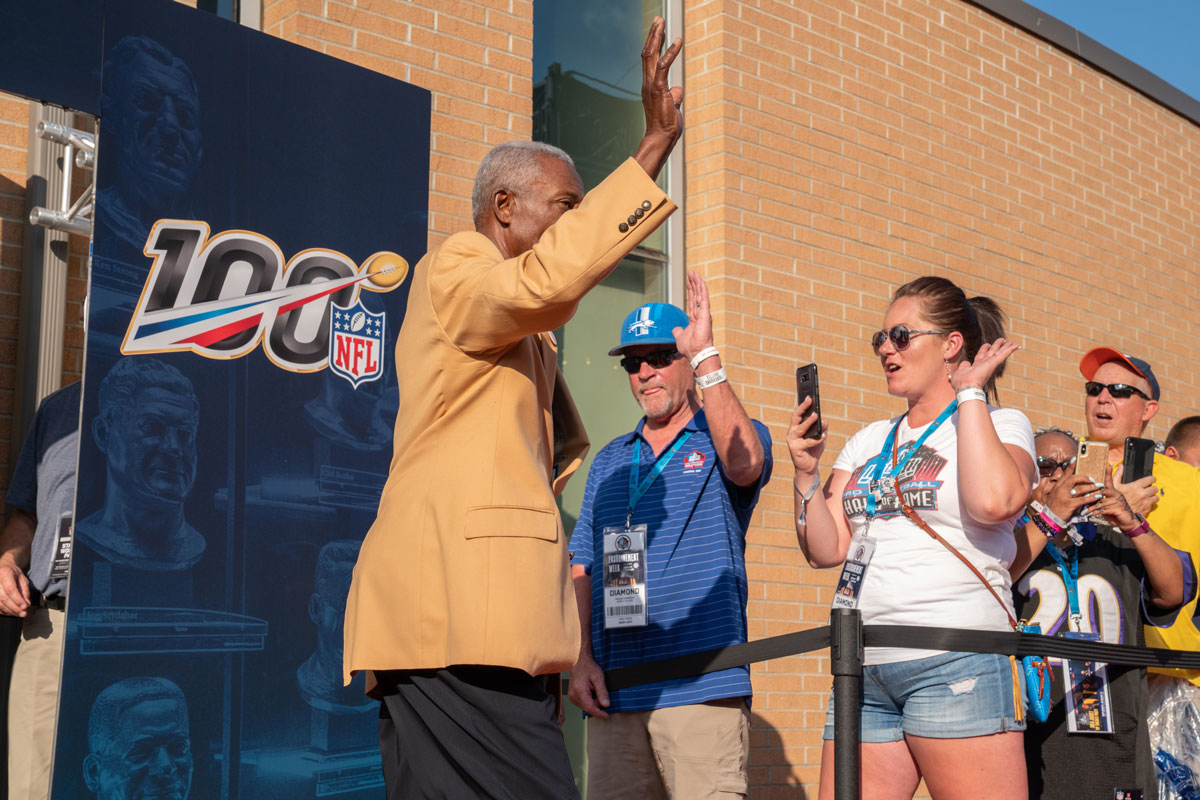 It was a true red carpet affair on Saturday night before the 2019 Enshrinement Ceremony kicked off. The Gold Jacket Walk brought Hollywood to Canton as all of the returning Hall of Famers made their way to the Enshrinement Stage and were greeted by the masses of fans waiting along the ropes to see them.

Instead of dismissively posing for the paparazzi, though, our Gold Jackets greeted fans, jumped in on selfies and interacted with the clamoring guests along the ropes to create one of the most memorable moments of the weekend. 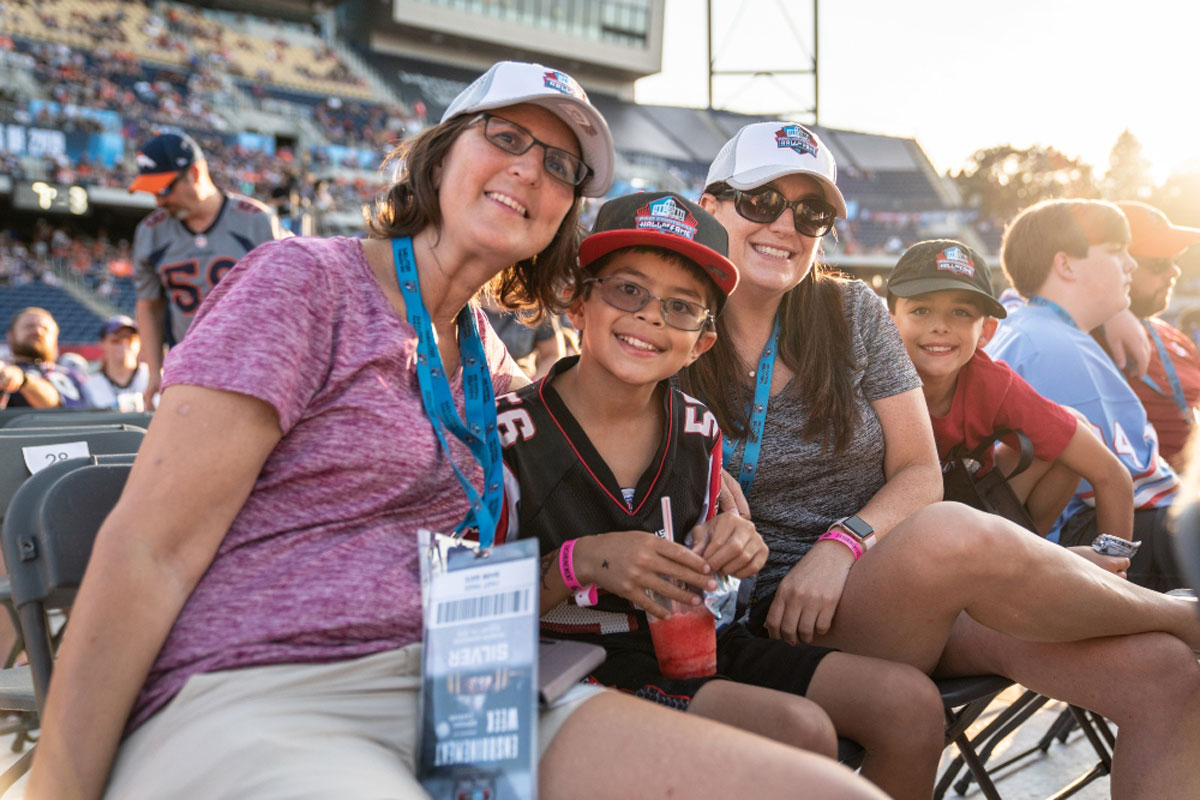 Finally on Saturday night — the main event of the week! Fans and HOF Experiences guests alike gathered to Tom Benson Hall of Fame Stadium to enjoy a night filled with famous words that will echo throughout the halls of Canton for eternity.

All seven living enshrinees took the stage and delivered spectacular speech after speech while the family of late Denver Broncos owner Pat Bowlen gathered on stage to honor one of the biggest executives in the game's history.

We'll be back in Canton next year for 2020 Enshrinement Week and you can join us with an Official Ticket Package! Next year's event will be one for the history books as 20 new enshrinees will receive their Gold Jackets to honor the NFL's centennial. Official Ticket Packages are already on sale, including exclusive extras and the option to add travel and lodging accommodations.