Meet Pro Football Hall of Famers at the 2017 Super Bowl 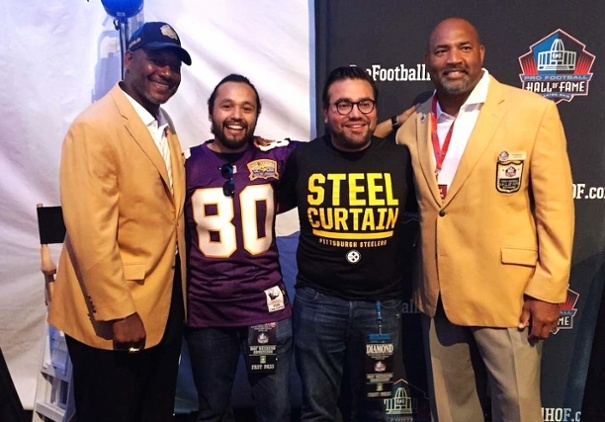 The opportunity to meet Pro Football Hall of Famers at Super Bowl LI is here! Six Hall of Famers will be making appearances in our hospitality venue prior to the 2017 Super Bowl. Who could you get a chance to meet? Find out below! 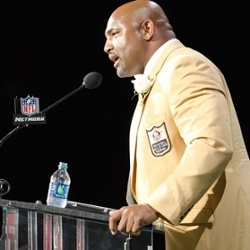 Dermontti Dawson was drafted by the Pittsburgh Steelers in the second round of the 1988 NFL Draft. He became the starting center and remained the anchor of the front line for his 13 seasons in the NFL. He played in 184 regular season games, and his 170 consecutive game record ranks second in franchise history. 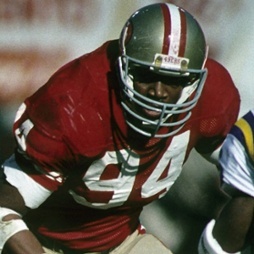 The San Francisco 49ers picked up Charles Haley in the 4th round of the 1986 NFL Draft. Haley began his career as a linebacker and led the 49ers in sacks in each of his first six seasons. He was later moved to defensive after being traded to the Dallas Cowboys.

Haley is most known for his number of Super Bowl rings as he is the only player in NFL history to win five Super Bowls. This five-time Pro Bowler and twice All-Pro Selection recorded six double-digit sack totals for a career total of 100.5 in 169 games. He was twice named NFC Defensive Player of the Year and was a member of 10 division championship teams. Haley was inducted into the Hall of Fame in 2015. 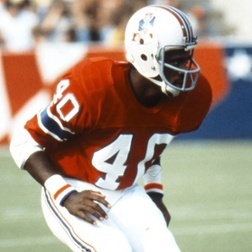 Mike Haynes was the Patriots No. 1 Pick in the 1976 NFL Draft – he was the first defensive back selected overall. Haynes experienced an incredible rookie season with eight interceptions and an AFC-high 608 punt return yards. In 1983, he was awarded to the Los Angeles Raiders.

Haynes started and intercepted a pass in the Raiders blowout win over the Redskins in Super Bowl XVIII. This nine-time Pro Bowler and four-time All-Pro Selection finished his career with 46 interceptions for 688 yards and 112 punt returns for 1,168 yards. Haynes became a member of the Hall of Fame in 1997. 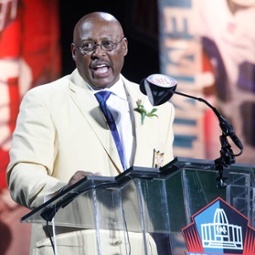 Floyd Little was selected by the Denver Broncos in the first round of the 1967 NFL Draft and was used mostly as a return specialist during his time in the NFL. By his third year, Little average a league-high and career best 5.0 yards per carry rushing, and in 1971, he became the first 1,000-yard rusher in franchise history. He won the NFL rushing title that same year.

Little was named to five AFL All-Star Games/Pro Bowls and named All-AFC/NFL twice. During his 9-season career, he amassed more than 12,000 all-purpose yards and 54 touchdowns. He retired 7th all-time in rushing yards. Little saw his success rewarded with an induction into the Hall of Fame in 2010. 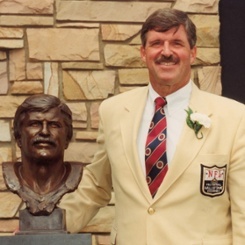 Tom Mack was the Rams’ first round draft pick, second player overall in the 1966 NFL Draft. He earned a starting role as a rookie and held left guard position for the next 13 seasons. Mack never missed a game during his 184-game career, a consecutive game streak ranked third in Rams’ history.

During his time with the Rams, the franchise enjoyed 12 winning seasons, won their division eight times and landed in four NFC championship games. Mack was named to 11 Pro Bowls and selected as All-NFL five times and All-NFC eight times. Mack earned his place in the Hall of Fame in 1999. 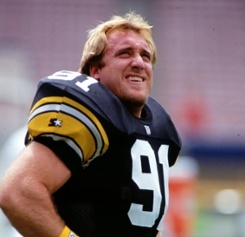 This two-time All-Pro selection and five-time Pro Bowler had 160 career sacks, the most for any player who was primarily a linebacker. Greene was also a linebacker on the Pro Football Hall of Fame’s All-Decade team for the 1990s. He will be inducted into the Hall of Fame in 2016.

Meet the Hall of Famers

These six Hall of Famers may come from different time periods and have different career backgrounds, but they have one thing in common: The Gold Jacket. These elite players have seen their success rewarded with an induction into the Pro Football Hall of Fame, and now you can meet these legends!

With an HOF Experiences ticket package, you can enjoy a ticket to the Super Bowl plus a pregame hospitality experience, which includes appearance from these six Gold Jackets.