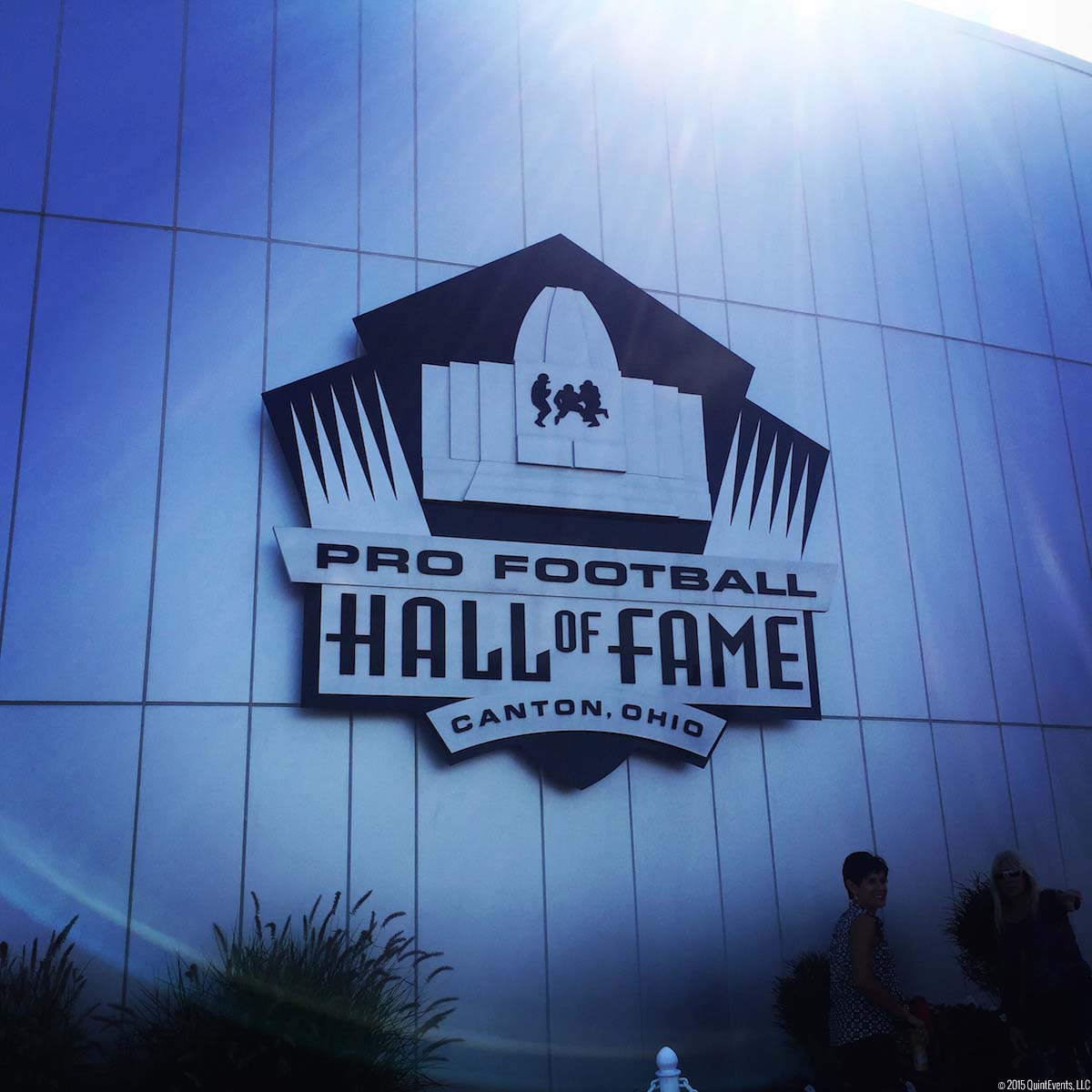 The Pro Football Hall of Fame committee has been hard at work choosing the Class of 2017. About two weeks ago, the Hall announced the first round of 94 modern-era nominees. The list of nominees consists of 45 offensive players, 32 defensive players, 6 special teams players, and 11 coaches. This year we have 10 first year nominees. We’re taking a look at the list and breaking down the careers for the 10 first timers for you!

There’s a First Time for Everything

Donovan McNabb:  First round draft pick in 1999 to the Philadelphia Eagles.

He was the second overall player selected in the 1999 NFL Draft. McNabb led the Eagles to four consecutive NFC East division championships, five NFC Championship Games, and Super Bowl XXXIX. After 11 seasons with the Eagles, he will go into history as the team’s all-time leader in pass attempts (4,746), pass completions (2,801), passing yards (32,873), and passing touchdowns (216). Being a running quarterback helped land him sixth among NFL quarterbacks with 3,459 career rushing yards.

LaDainian Tomlinson: First round draft pick in 2001 to the San Diego Chargers.

He was the fifth player selected in the 2001 NFL Draft. Tomlinson played most of his career with the Chargers. He was also a New York Jet at one point. He is sixth on the NFL’s all-time rushing list. Tomlinson, a five-time Pro Bowl selection, led the Chargers to five straight AFC West championships. He was the NFL Offensive Player of the Year in 2006. Tomlinson also received the Walter Payton NFL Man of the Year. Tomlinson’s career ended with 13,684 rushing yards, 145 touchdowns and 4,772 receiving yards with 17 touchdowns.

Hines Ward: Third round draft pick in 1998 to the Pittsburgh Steelers.

Ward played his 14-year career with the Steelers. As a skilled wide-out, Ward was known for his blocking and ability to get open downfield. Ward led the Steelers to two Championships – Super Bowls XL and XLIII. He was the MVP in Super Bowl XL. Known as one of the best receivers in the league, Ward set countless Steelers records. He finished his all-pro career with 1,000 catches for 12,083 yards and 85 touchdowns.

Chad Johnson: Second round draft pick in 2001 to the Cincinnati Bengals.

Johnson is known for his quick and elusive route running throughout the league. “Chad Ochocinco” was a star by 2003, finishing with 1,355 receiving yards which set a Bengals franchise record. He later surpassed his record. Johnson also led the AFC in receiving yards for four consecutive seasons. He earned Pro Bowl honors five straight times from 2003 to 2007. Johnson spent 10 years with the Bengals but finished his career with the Miami Dolphins. During his tenure, he played in Super Bowl XLVI with the New England Patriots.

Derrick Mason: Fourth round draft pick in 1997 to the Tennessee Oilers.

Mason is known throughout the league as a talented returner for special teams. Mason played eight seasons with the Oilers aka Titians. He played in Super Bowl XXXIV and returned five kickoffs for 122 yards. Mason has eight 1,000 yard games under his belt, four of those as a Baltimore Raven. He is the only player in NFL history to produce at least 5,000 total return yards and 11,000 receiving yards.

Olin Kreutz: Third round draft pick in 1998 to the Chicago Bears.

Kreutz is one of the strongest centers the league has ever seen. The six-time Pro Bowler was one of the most consistent offensive linemen for the Bears, only second to Gold Jacket Walter Payton. He was also a member of the NFL 2000s All-Decade Team.

Joey Porter: Third round draft pick in 1999 to the Pittsburgh Steelers.

Porter dominated the position of linebacker with 98 sacks in just 188 games. The four-time Pro Bowler earned his first championship playing in Super Bowl XL. Porter also spent time playing with the Miami Dolphins and Arizona Cardinals. He ultimately retired as a Steeler in 2012. He now serves on the coaching staff for the Steelers.

Jason Taylor: Third round draft pick in 1997 to the Miami Dolphins.

His 14-year career is decorated with countless awards and records. 139.5 sacks puts Taylor as one of the sack leaders in the NFL. Taylor was a six-time Pro Bowler and the 2006 NFL Defensive Player of the Year. Taylor also played for the Washington Redskins and the New York Jets.

Bob Sanders: Second round draft pick in 2004 to the Indianapolis Colts.

As one of the most feared safeties in the league, Sanders found himself in two Pro Bowl games. The safety received the nickname “The Hitman” from his former head coach (and newest Gold Jacket) Tony Dungy. Sanders went on to play an integral part in the Colts’ Super Bowl XLI victory against the Chicago Bears.  He was the 2007 AP NFL Defensive Player of the Year.

Brian Dawkins: Second round draft pick in 1996 to the Philadelphia Eagles.

Nicknamed “Weapon X” for good reason, Dawkins finished his career with 778 tackles, 26 sacks, 28 forced fumbles and 37 interceptions. He spent 13 seasons in Philadelphia and ended with the Denver Broncos. He was a member of the NFL 2000s All-Decade Team and is a nine-time Pro Bowler.

Are You a Fan?

Are you anxiously awaiting the final class announcement like we are? Well, bide your time by preparing for a trip to the Pro Football Hall of Fame Enshrinement Weekend! Every year we head to Canton, Ohio for a weekend of VIP treatment with our favorite Hall of Famers. Be there as the new guys receive their jackets at the Gold Jacket Ceremony, reveal their busts, and enjoy the game. You’ll have exclusive access to the Hall of Famers, VIP Hospitality, and so much more!