While it may not have seemed likely at the outset of the season, the 49ers have proven themselves to be a force in the NFC and are currently on their way to the top seed in the conference.

But there's still half a season of football left to play. 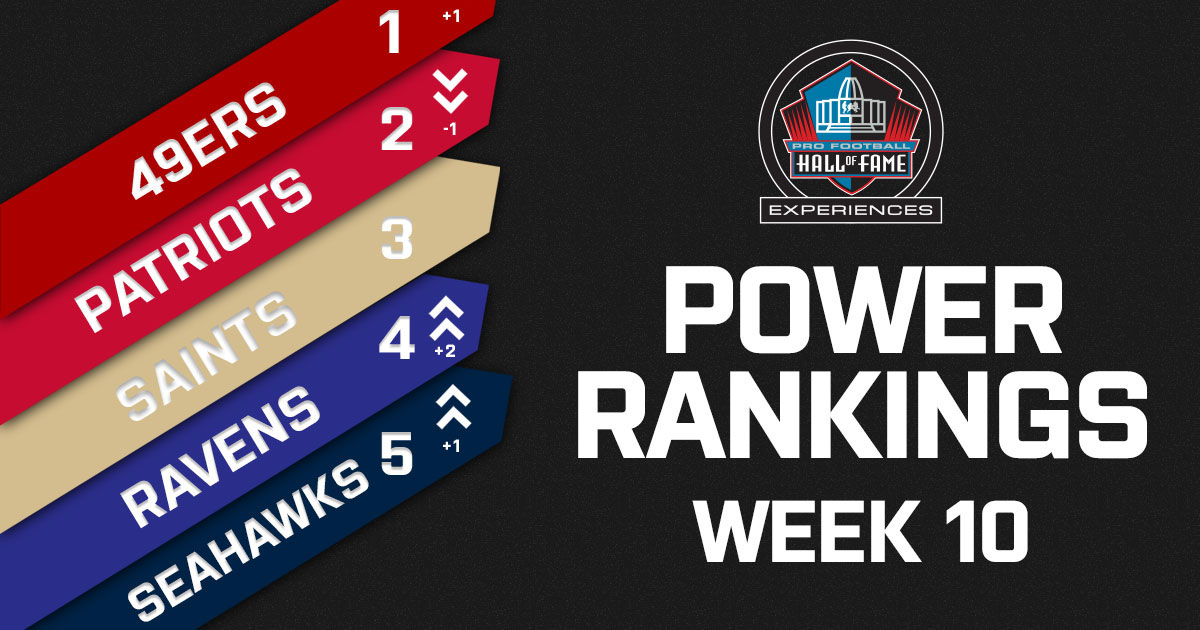 Jimmy Garoppolo is not just a game manager.

The 49ers star quarterback had his game of the season on Thursday night, throwing for 317 yards and four touchdowns in San Francisco's 28-25 win over the Arizona Cardinals.

The 49ers are the sole undefeated team remaining in the league and currently are the favorites to make it to the 2020 Super Bowl out of the NFC.

The Patriots will not finish the regular season with a perfect record. In fact, they looked quite flawed in Sunday night's 37-20 loss to the Baltimore Ravens.

New England's acclaimed defensive unit couldn't contain Ravens quarterback Lamar Jackson and Tom Brady and company couldn't get the offense in sync in the second half.

There's no reason to raise the red flag yet for New England, but they have a lot to work in during their upcoming bye week.

Not much to say this week for the Saints as they come off a bye week.

If anything, it provides Drew Brees another week to get back to 100-percent health.

The Ravens proved themselves as legitimate AFC contenders on Sunday night.

Their trouncing on the Patriots was impressive on its own, but the play of Lamar Jackson is what has many believing this team to be the real deal.

Jackson threw for 163 yards and a touchdown while rushing for 61 yards and two more scores and threw his name into the hat for the MVP conversation. His own personal stats, plus the fact that he's orchestrating the league's best rushing attack, has every team in the AFC on watch.

The current MVP favorite threw for 378 yards and five touchdowns in the Seahawks 40-34 overtime win over Tampa Bay, pushing the Seahawks just one game behind the 49ers for the NFC West lead.

Luckily, the top two teams in the division go head-to-head next week.

We are more than halfway through the regular season, which makes it the perfect time to secure your access to the 2020 Super Bowl. Through HOF Experiences, 2020 Super Bowl Ticket Packages include a game ticket, access to Gold Jacket Club pre-game hospitality, exclusive extras and much more.