A new team has taken the mantle of No.1 in our weekly Power Rankings.

After weeks of dominating opponents, the Baltimore Ravens have slid into the top spot and now have the rest of the league chasing after them. 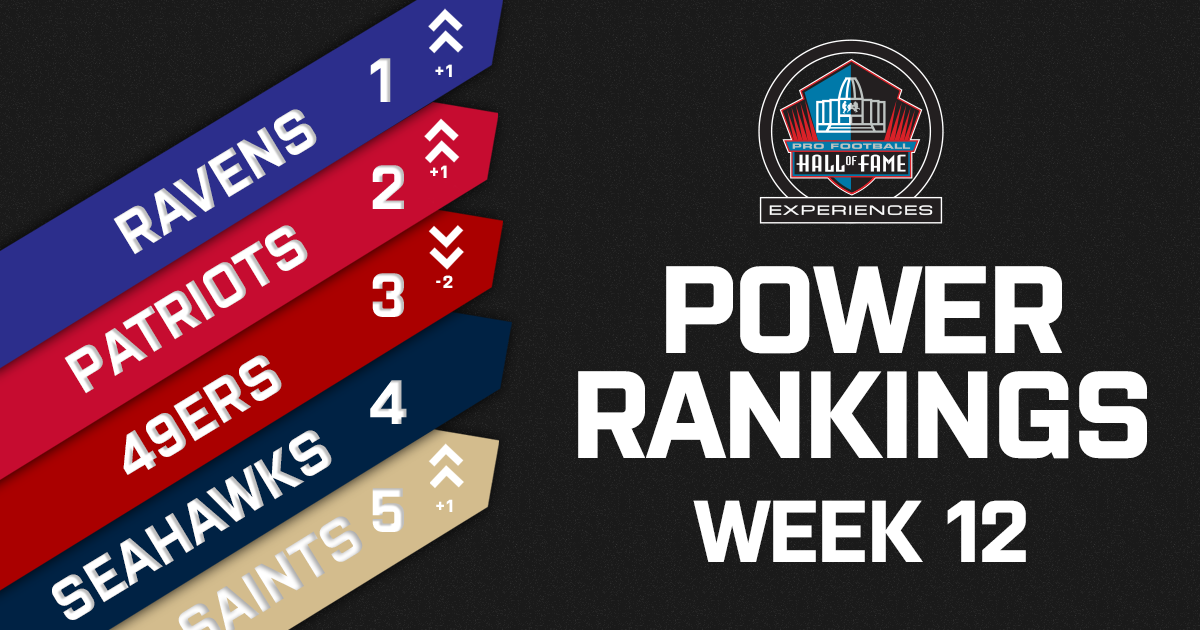 The MVP-frontrunner came out victorious in the duel between 2017 NFL Draft class quarterbacks, handing Deshaun Watson and the Houston Texans a 41-7 defeat.

Jackson threw for four touchdowns and 222 yards and rushed for 86 yards in the win.

A quarterback controversy in New England?

Julian Edelman had to put the ball into his own hands to deliver the Patriots their only passing touchdown in Sunday's 17-10 victory over the Philadelphia Eagles.

Tom Brady and the Patriots offense didn't have much for the Philadelphia defense and opted to play a game of field position for most of the second half.

New England's defense, on the other hand, took care of business after giving up 10 points early in the first half.

The 49ers were less than a minute away from a second consecutive loss.

Luckily, Jimmy Garoppolo connected with Jeff Wilson Jr. for a 25-yard touchdown with 31 seconds remaining in San Francisco's 36-26 win over the Arizona Cardinals.

The 49ers are proving that they can hang tough in games where things aren't going their way, but their defense will have to step up in the next couple of games after being exposed by both Russell Wilson and Kyler Murray.

Seattle enjoyed their bye week and still was seconds away from jumping to the top spot in the NFC West.

However, the late-game heroics of Garoppolo and the 49ers stopped Seattle from jumping their place in line.

The Seahawks return to action in Week 12 with a big home game against an Eagles team that is looking to bounce back.

The Saints suffered what will likely be their worst loss of the season in their 26-9 Week 10 defeat to the Atlanta Falcons.

They bounced back this weekend with a 34-17 drubbing of the Tampa Bay Buccaneers that saw Drew Brees throw three touchdowns and Michael Thomas become the first receiver to record 90-plus receptions in 10 games.

The Saints have a firm grip on the NFC South but will need to keep their momentum rolling if they want to secure a top seed in the NFC.

Get a game ticket, access to the Gold Jacket Club hosted by Jerry Rice, the Gold Jacket Autograph Session and much more with a 2020 Super Bowl Ticket Package from HOF Experiences.