As the regular season comes to a close, teams are still fighting for playoff spots and positioning.

Who will secure a bye week spot and who will be subject to Wild Card weekend?

Here are the official Power Rankings for Week 16 of the 2019-20 NFL season from HOF Experiences. 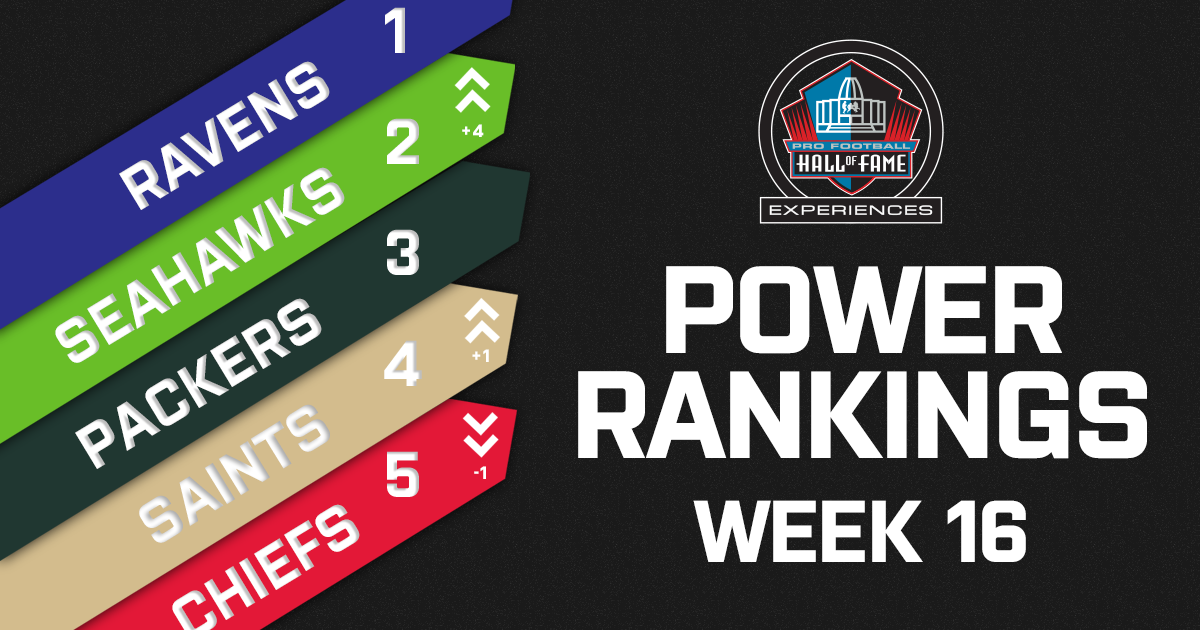 Lamar Jackson and the Baltimore Ravens are one win away from clinching the top seed in the AFC.

With 10 consecutive wins to their name, the Ravens are looking to lock up that No.1 spot while also guiding their quarterback to the regular season MVP award.

With the Ravens rolling, the idea of facing them at home in the playoffs should strike fear to any potential opponent.

The Seattle Seahawks once again control their own destiny.

After defeating the Carolina Panthers on the road and watching the Atlanta Falcons upset the 49ers, the Seahawks jumped to the top of the NFC from a road wild card spot within one week.

Things are setting up nicely for a winner-take-all matchup between the 49ers and Seahawks in Seattle for Week 17.

Green Bay is on a three-game winning streak and have positioned themselves nicely for a bye week opportunity.

The Packers currently have a one-game lead over division rivals Minnesota, with the two sides colliding this weekend. If the Packers win, they'll clinch the division title and be one step closer to foregoing Wild Card Weekend.

Drew Brees is about to own the entire quarterback record book.

During the Saints 34-7 throttling of the Colts on Monday night, Brees passed Peyton Manning to become the NFL all-time leading in passing touchdowns.

With the win, New Orleans stays in the hunt for a bye week spot but need either Seattle or Green Bay to lose in the final two weeks.

Patrick Mahomes is healthy again and the Chiefs are a true threat in the AFC.

The reigning MVP looked back to normal in the Cheifs 23-3 walloping of the Denver Broncos on Saturday, keeping his team alive in the bye week discussion if the Patriots slip up.

Join HOF Experiences in Miami for the 2020 Super Bowl