The two top contenders in the AFC seem settled, but what about the NFC?

Through three weeks, several NFC teams have risen and fallen in the ranks

Each week, we will be breaking down the top five teams in the league and top contenders for the 2020 Super Bowl in our official Power Rankings.

This week's rankings are based on each team's performances through the first three weeks of the season. 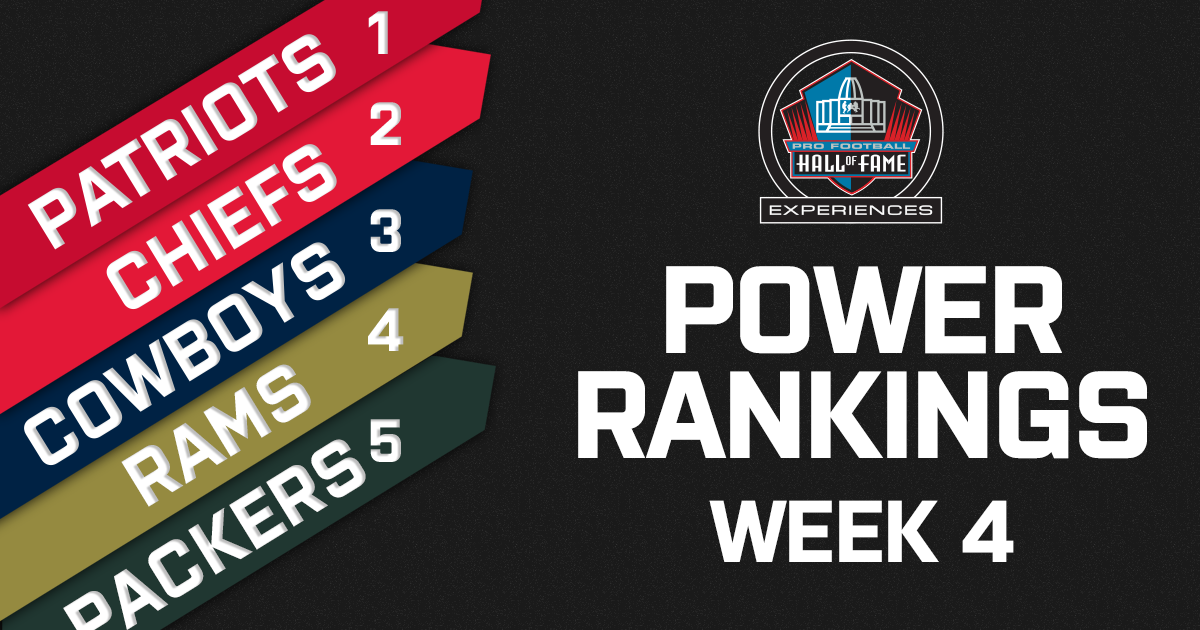 New England is off to the races to start the season, albeit against three opponents that combine for an 0-9 record.

While Tom Brady normally gets the credit for New England's success, it's the play of their defensive unit that has kept the Patriots in this top spot since Week 1. The Patriots are allowing only 199 yards per game, a league best, and have yet to allow a touchdown through three games.

Every week Mahomes has found a new receiver to comfort him in the absence of Tyreek Hill and against the Ravens that happened to be Mecole Hardman. Mahomes connected with Hardman on an 83-yard scoring play that helped give the Chiefs a 33-28 win over Baltimore.

The Cowboys plan of relying on Dak Prescott's play has payed off in the early season. The quarterback playing for a new contract has been lighting up opposing defenses and boasts a 128.0 passer rating through three games.

The relationship with new offensive coordinator Kellen Moore seems strong and the Cowboys offense will only flourish more once Ezekiel Elliott gets more involved.

Through three weeks, the Cowboys look like the team to beat in the NFC.

Want to hear a scary thought? The Rams are 3-0 and their offense will only get better.

A little bit of a Super Bowl hangover may be infecting the reigning NFC Champions, but the Rams still have the talent to push out wins. Los Angeles has yet to establish any sort of running game, thanks to two first time starters on the offensive line, and Jared Goff isn't playing up to the level that we saw last year.

But if the Rams are still winning when their offense is coming slowly out of the gate, this team may have a very high ceiling.

Aaron Rodgers may finally have the supporting cast that he's been begging for, but it's on the opposite side of the ball.

While the Packers host a future Hall of Famer behind center, it's their defense that has propelled them to an undefeated start to the season. Under defensive coordinator Mike Pettine, the Packers are holding opponents to 11.7 points per game and have already bested two division rivals in the process.

If Rodgers' former MVP form returns, the Packers are destined to make a trip back to the playoffs.

Get a 2020 Super Bowl Ticket Package

Attend the 2020 Super Bowl in Miami with HOF Experiences! 2020 Super Bowl Ticket Packages include a game ticket, access to the Saturday Autograph Session and the Gold Jacket Club hosted by Jerry Rice on Sunday.