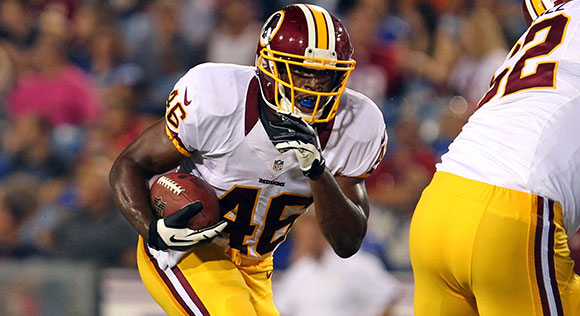 Every Sunday you can catch millions of American glued to their TV screens waiting for the greatest moments in television history to unfold before their eyes – no, I’m not talking about the Walking Dead. I’m talking about football! The tradition of the National Football League is deeply seeded in the American culture and we’re glad to report, it’s not going anywhere. We flock to our TVs, bars, and stadiums for small moments of greatness that lead to bigger glorious wins for our favorite teams. While watching your favorite team is a must, there are a few other games that should be on your NFL must watch list, I’ve covered those here. Outside of these must-see games this season, there are a few games that are a staple in NFL history you should be watching: the Rivalry Games.

I’m sure you know your favorite team’s rival but how well do you know the other rivalries in the league? Let’s take a quiz to find out!

How did you do?

The NFC North is filled with old teams and fierce fans. The fandom in this region of the country is unparalleled. Even when their team is terrible, these fans sit in the frigid cold to tailgate and cheer on their boys. Just about every team in this division can be pitted against one another as rivals and they often are. The Bears and the Packers rivalry is one that goes way back. These two teams have had countless matchups and are two of the winningest franchises in NFL history. They battle it out twice a year and they don’t hold back.

It’s hard to find a nastier rivalry than this one; the Steelers and the Ravens are sworn enemies. This division is an odd one, but this rivalry keeps it interesting and relevant. With the Ravens emergence in 1996 and the split wins in that first season, a rivalry was born. Since then, these showdowns are often the deciding factor in division champions. Be sure to watch these two go at it twice a year.

This rivalry is a tale as old as time, even the team names are obvious rivals. For any NFL lover, this is one of the most well-known and followed rivalries. For years, you could watch these two face off on Thanksgiving Day in a tense contest of wills. In recent years, these two have had lackluster seasons plagued by injuries. We’re hoping these two franchises can regain some glory and show us great football once again.

With the season they’re having, it’s hard to believe the Panthers have a rival at all. Still a young team, the Panthers are fighting hard to maintain the superstardom they achieved last season. This division is viewed as weak but that doesn’t mean this rivalry is. The Falcons have always been a thorn in the Panthers’ side but last year they really solidified their rivalry as the falcons crushed the Panthers undefeated record. They have bested the Panthers on numerous occasions and the fans refuse to live it down.

This is one of the oldest rivalries in NFL history and it’s not stopping anytime soon. These two teams have been battling on the field since the 60s. While the Raiders have long dominated this relationship, the Broncos have gained bragging rights in the last twenty years. Both teams have seen their share of rough times but this rivalry has never let down its fans. We can’t wait to see how this progresses with the Raiders regaining its respect in the football community and the Broncos resting their fate on Von Miller. Only time will tell and we’ll be watching.

History in the Making

There you have it, the best rivalries in the NFL. These games are some of the best in the league and provide fans with memories to last a lifetime. Be a part of NFL history yourself at this year’s Super Bowl. Super Bowl LI is sure to be epic and we’re taking over Houston with our exclusive packages through the Pro Football Hall of Fame. Join us game day in the Touchdown Club for a festive party complete with Hall of Famer appearances, a premium menu, and much more!