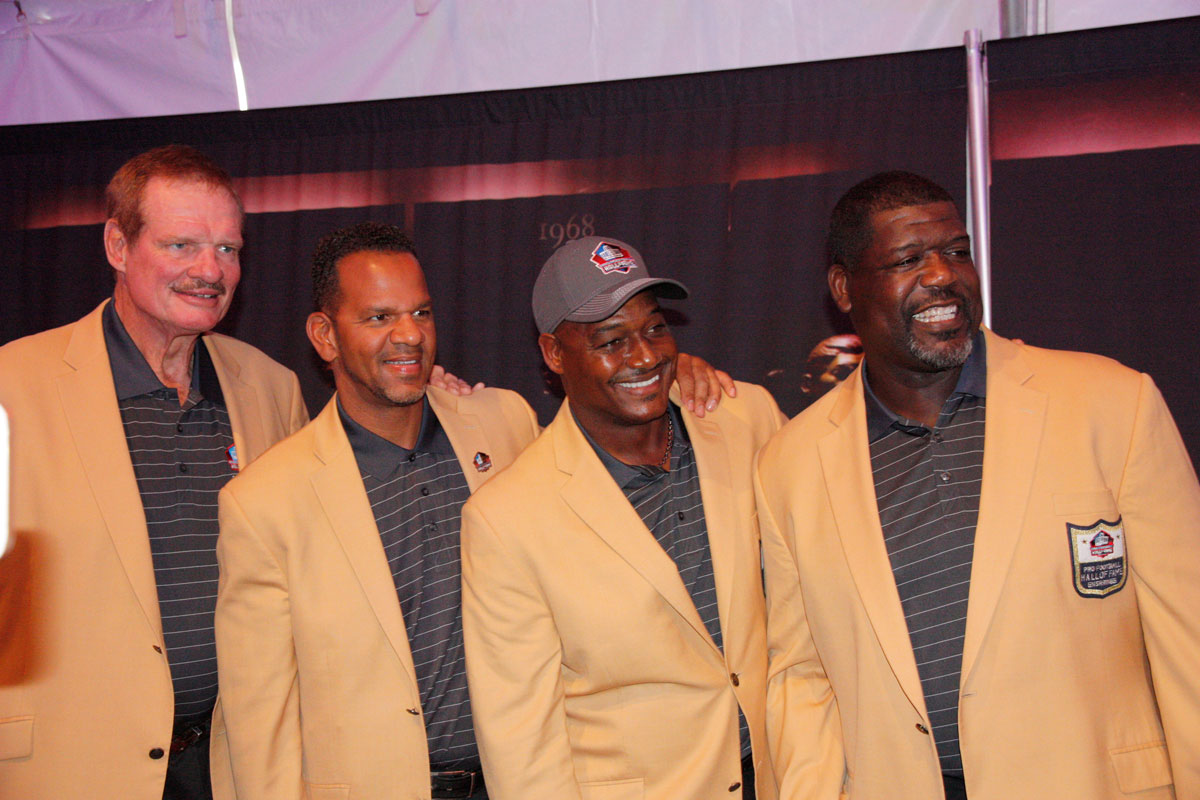 We’re continuing our series on notable Gold Jackets from each decade. Today’s decade is known for big hair, rock and roll, and Reaganomics. We’re covering the greatest drafted in the 1980s!

Each of these men has contributed to this sport in more than one way. They continue to work hard to show the world that NFL players are more than just players. You can hang out with several of the notable players from the Hall of Fame at our Gold Jacket Club before Super Bowl LI. If the Super Bowl isn’t your type of event, join us and hundreds of Gold Jackets to welcome the new class in August during Enshrinement Week.

As a VIP with the Pro Football Hall of Fame, you have exclusive access to the best parties, activities, and Hall of Famers. This includes the Gold Jacket Ceremony, the Concert for Legends, the Class of 2017 Enshrinement Ceremony, and the Hall of Fame Game!