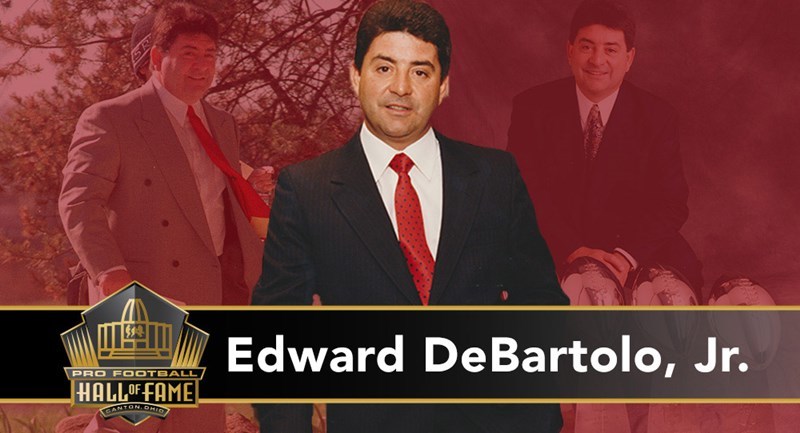 Edward DeBartolo, Jr. left an incredible legacy, easily one of the greatest the NFL has ever seen. He is highly-respected among players, fans and coaches for being one of the true pioneers of the NFL and the San Francisco 49ers franchise. Now, he’s rightfully earned his place in the Pro Football Hall of Fame.

DeBartolo owned the San Francisco 49ers from 1977 to 2000. Known as a “players’ owner,” DeBartolo led the franchise to unprecedented winning during his time as the Chief Executive Officer.

Although he brought the 49ers tremendous success, it didn’t start out that way. The 49ers suffered back-to-back 2-14 seasons before DeBartolo hired Bill Walsh as the team’s coach and drafted QB Joe Montana in 1979. With these two additions, the franchise began to change and shift into one of the best of its time.

In fact, Hall of Famer Bill Walsh was the architect of the dynasty and built the 49ers into the outstanding organization they became. Under DeBartolo, the 49ers went on to draft a legion of Hall of Famers: Joe Montana (as mentioned above), Steve Young, Jerry Rice, Ronnie Lott and Charles Haley.

DeBartolo set the tone for the San Francisco 49ers, as he always pursued excellence and showed immense generosity that resonated throughout the team.

By 1981, the 49ers finished 13-3 to claim the NFC Western Division Title then went on to beat the Cincinnati Bengals in Super Bowl XVI. This was just the start of a complete domination by the 49ers in the 1980s.

Under DeBartolo, the team averaged 13 wins per season, including playoffs, won 13 divisional titles, went to the playoffs 16 times and made the NFC Championship game 10 times. The 49ers also became the first franchise ever to win five Super Bowls. As one of the nation’s top sports executives, DeBartolo was named NFL Man of the Year by the Football News in 1989.

The franchise posted the best winning percentage in the NFL in both the 1980s and 1990s, and DeBartolo owns the record for the most wins over a 10-year span in NFL history.

In 2000, DeBartolo gave up control of the 49ers to his sister, Marie Denise DeBartolo York. 16 years later, his success is being rewarded as he will join seven others in the Pro Football Hall of Fame Class of 2016. 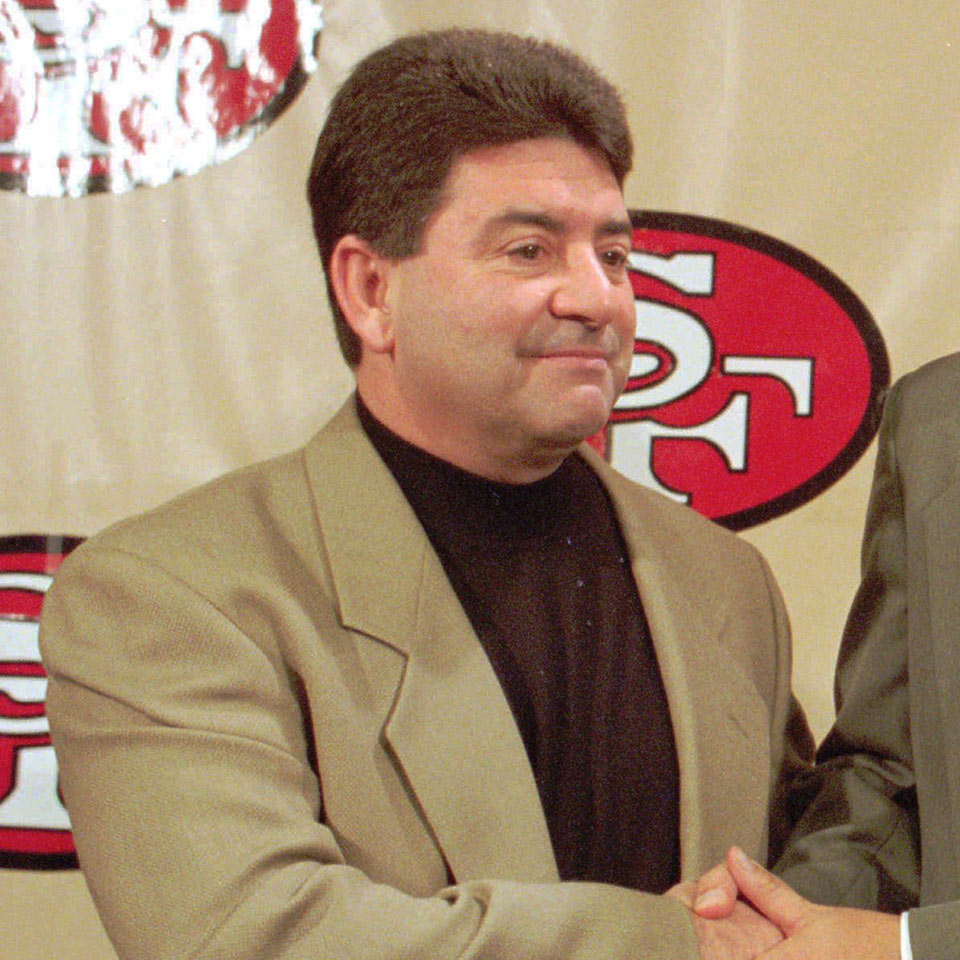 DeBartolo will not only be remembered for building a successful franchise but also for the way he treated his players. He provided everything they would possibly need just so they could focus on the game instead of worrying about something else. He took an interest in each one of them and was continuously there for them over the years. To this day, he is still revered by players and fans. 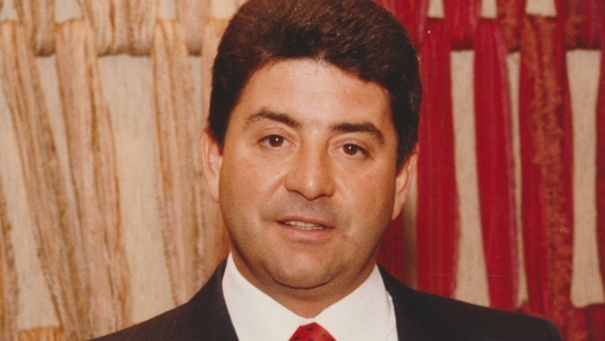 See Eddie DeBartolo, Jr. Be Enshrined into the Pro Football Hall of Fame

With an Official HOF Experiences ticket package, you can be there to celebrate the career of Eddie DeBartolo, Jr. as he becomes enshrined into the Pro Football Hall of Fame.

Don’t miss this incredible opportunity to celebrate Eddie DeBartolo, Jr. and the Class of 2016!