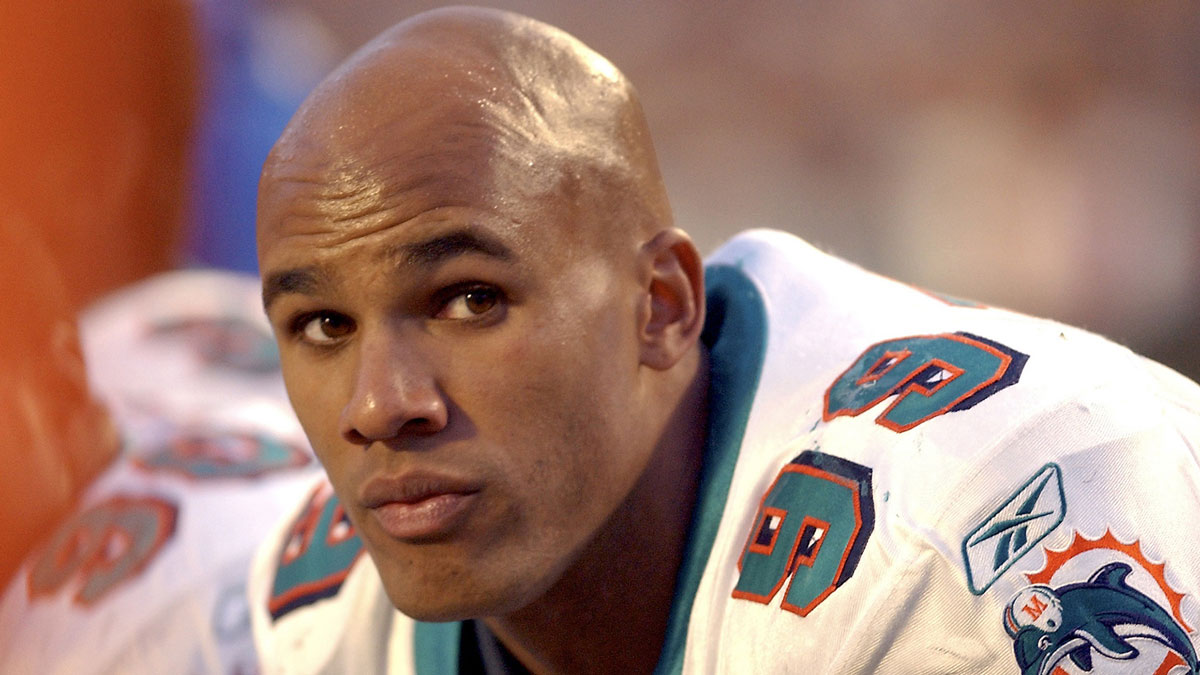 The Pro Football Hall of Fame Class of 2017 has been announced, and we find it fitting to get to know each of the newly selected members. The seven heroes of the game to be inducted are as follows: Morten Andersen, Terrell Davis, Kenny Easley, Jerry Jones, Jason Taylor, LaDainian Tomlinson and Kurt Warner. Last week, we recapped the career of one of the greatest running backs of all time, Terrell Davis. This week, we’re highlighting defensive end Jason Taylor! Read all about his NFL career below.

Jason Taylor was selected by the Miami Dolphins in the third round (73rd player overall) of the 1997 NFL Draft. He quickly became a strong defensive force in his rookie season and logged 5.0 sacks, 50 total sacks, two fumble recoveries and three passes defensed. The numbers alone speak for themselves, but what’s incredible is he tallied these statistics despite missing three games due to a fractured forearm.

Taylor’s excellent defense continued throughout his career with the Dolphins. In 1998, he recorded nine sacks and a team-high four forced fumbles. In 2000, he finished with 14. 5 sacks, 68 total tackles, an interception, four fumble recoveries, a forced fumble and five passes defensed. This solid performance rightfully earned him team MVP honors and was the first of six seasons in which he tallied double-digits in sacks.

In 2002, Taylor led the league in sacks with 18.5. His most spectacular season came in 2006 when he was named the NFL’s Defensive Player of the Year after dominating with 62 total tackles, a team-high 13.5 sacks, two interceptions returned for scores, 11 passes defensed, 10 forced fumbles and two fumble recoveries. 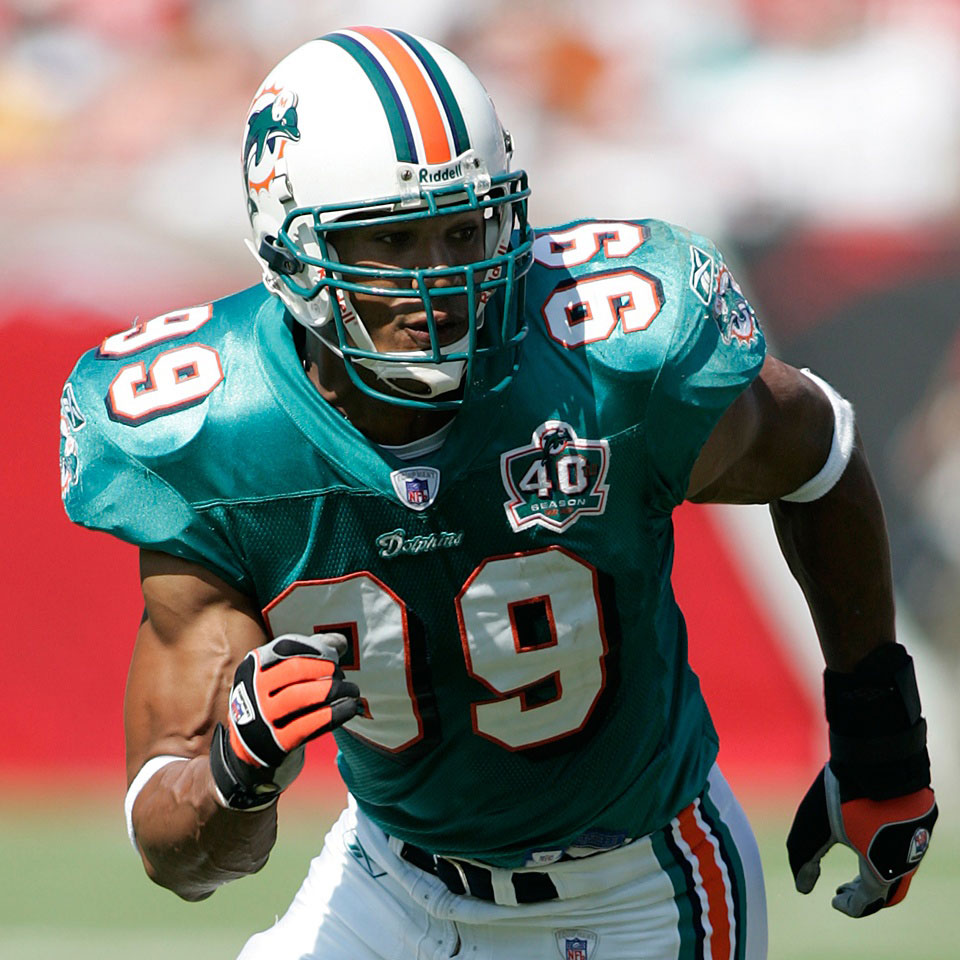