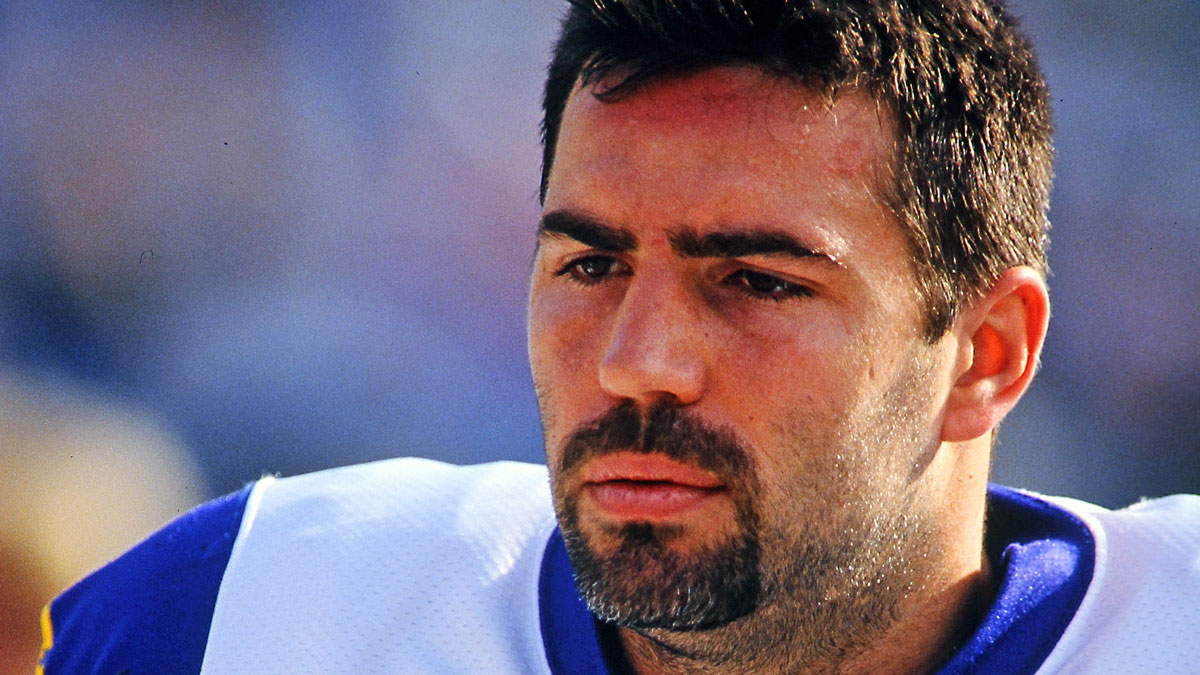 The Pro Football Hall of Fame Class of 2017 has been announced, and we find it fitting to get to know each of the newly selected members. The seven heroes of the game to be inducted are as follows: Morten Andersen, Terrell Davis, Kenny Easley, Jerry Jones, Jason Taylor, LaDainian Tomlinson and Kurt Warner. Last week, we recapped the career of one of the best defensive ends of all time, Jason Taylor. This week, we’re highlighting quarterback Kurt Warner! Read all about his NFL career below.

While it may seem that the majority of Pro Football Hall of Famers were drafted – and many of them in the early rounds – you’ll occasionally come across a hidden gem like Kurt Warner.  Warner had a unique path to the NFL. He played several seasons with the Arena Football League and NFL Europe before signing as a free agent with the St. Louis Rams in 1998. He briefly saw action in his first season in the final game of the season, mostly due to the Rams being plagued by injuries.

It wasn’t until 1999 that the quarterback was given a real chance after Trent Green suffered a season-ending knee injury in the preseason. It was then that Warner was handed the reigns as starting quarterback, which would become the start of a beautiful “Cinderella Story” for the him and the Rams.

In the 1999 season, Warner led an offense that scored 526 points as he passed for 4,353 yards and a league-leading 41 touchdowns for a 109.2 passer rating, the first of his two career passing honors. He was named the NFL’s Most Valuable Player as the Rams finished 13-3-0 and sailed through the playoffs before defeating the Tennessee Titans in Super Bowl XXXIV. Warner set a Super Bowl record with 414 passing yards and two touchdowns and was named the Super Bowl MVP.

Warner’s success didn’t stop there. Two years later, he led the Rams back to the Super Bowl. He finished the season with a career-high and league-leading 4,830 yards and 36 touchdowns with a 101.4 passer rating. 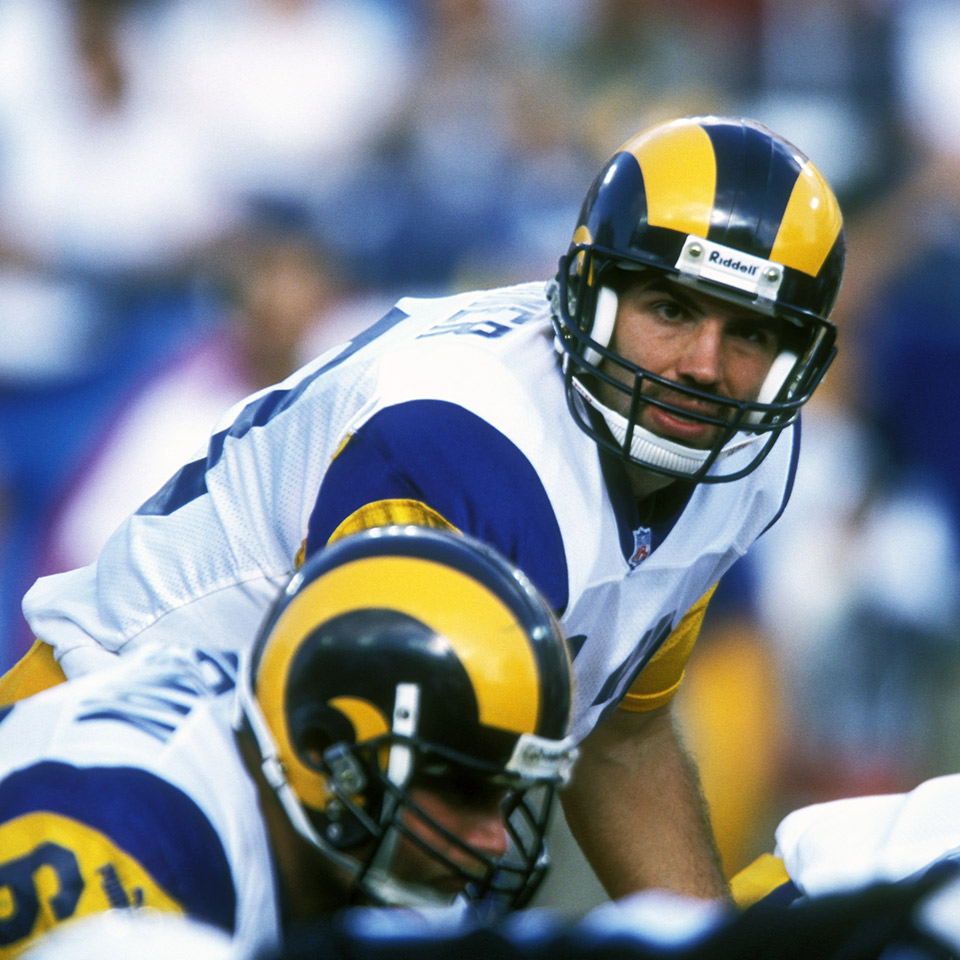 After playing for the Rams, Warner had a brief stint with the New York Giants before moving on the Arizona Cardinals, where he continued to dominate the field. He broke numerous club records during the 2008 season with 401 of 598 passes for 4,573 yards, 30 touchdowns and a 96.9 passer rating.

The Cardinals narrowly lost to the Pittsburgh Steelers in Super Bowl XLIII, but Warner still put on a stellar performance by throwing for 377 yards and three touchdowns. He was the only quarterback to throw for 300 yards or more in three Super Bowls. His three single-game totals still rank as the top three Super Bowl passing marks.

Warner finished his career with 32,344 yards, 208 touchdowns and a 93.7 passer rating. He was named first-team All-Pro twice and received four Pro Bowl selections.

Now, Kurt Warner has been selected for the Class of 2017 and will join over 100 Hall of Famers in the Pro Football Hall of Fame. 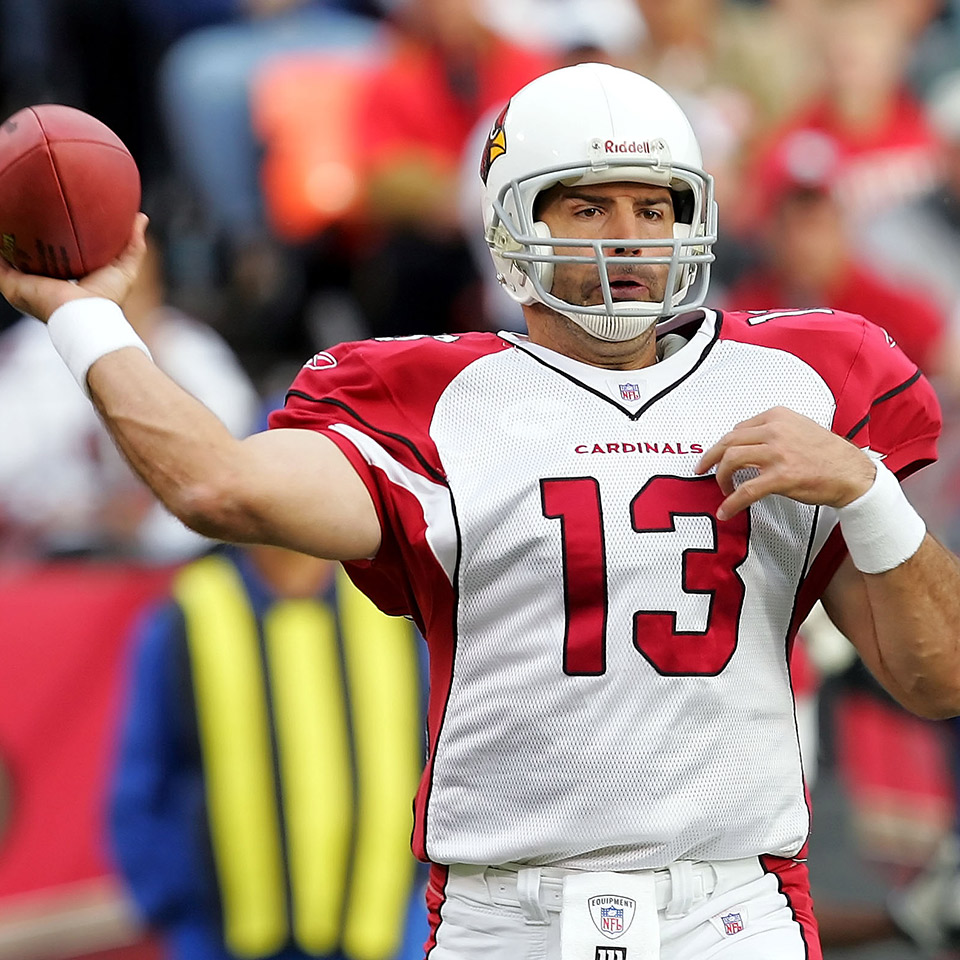