The Pro Football Hall of Fame has announced its Class of 2019, including some players who have been selected in their first year of eligibility!

The decision was made after the Hall of Fame's board of selectors cut the list of 15 modern-era Finalists down to 10, and then down to five. Then the board voted yes or no on the final five remaining names.

The Class of 2019 Hall of Fame Enshrinement Ceremony takes place on August 4 in Canton, Ohio. You can be there in person with an Official Ticket Package from Hall of Fame Experiences.

Without further ado, here is the official Class of 2019: 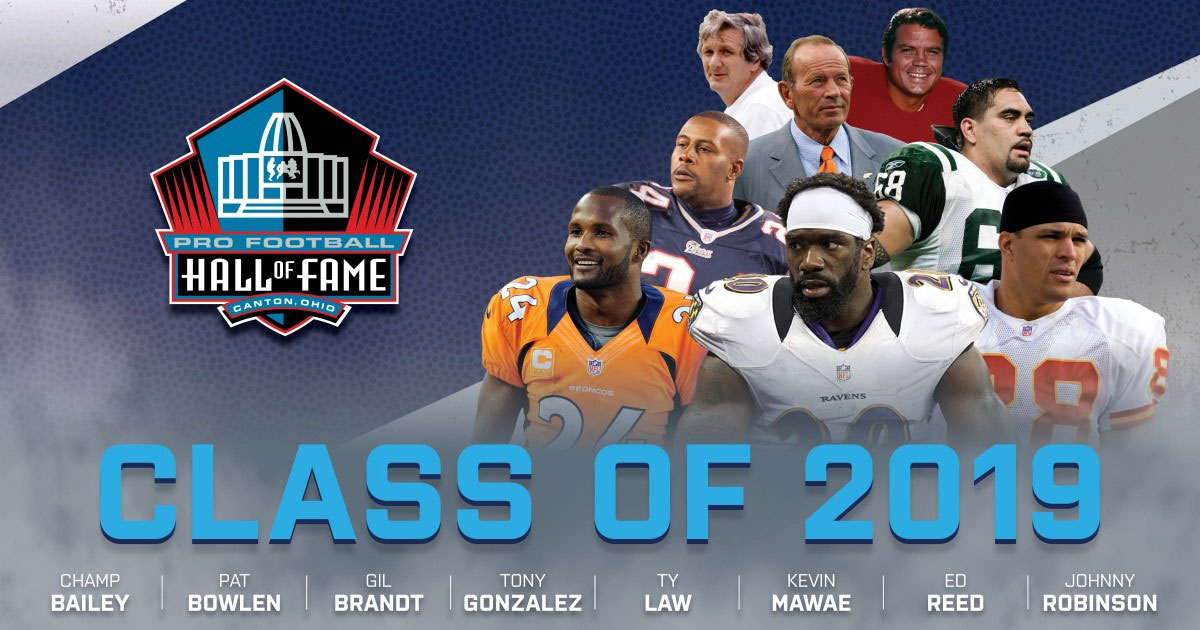 Get Your 2019 Enshrinement Week Tickets

See the Class of 2019 get enshrined into the Pro Football Hall of Fame with an Official Ticket Package from HOF Experiences. Be there in Canton for the biggest celebration of the year with a 4-, 3- or Single-Day Package with multiple levels of accommodations.