And then there were 15! The Pro Football Hall of Fame Class of 2020 Modern-Era Finalists were announced on Thursday, January 2. In the past decade, between 6-8 men have made up a class, which means about half of the men listed below will most likely not receive a Gold Jacket in August.

Stay tuned to see which of the Modern-Era Finalists will ultimately make it to Canton to be enshrined into Pro Football Hall of Fame Class of 2020! The final decision will be announced in one month, on February 1, 2020. 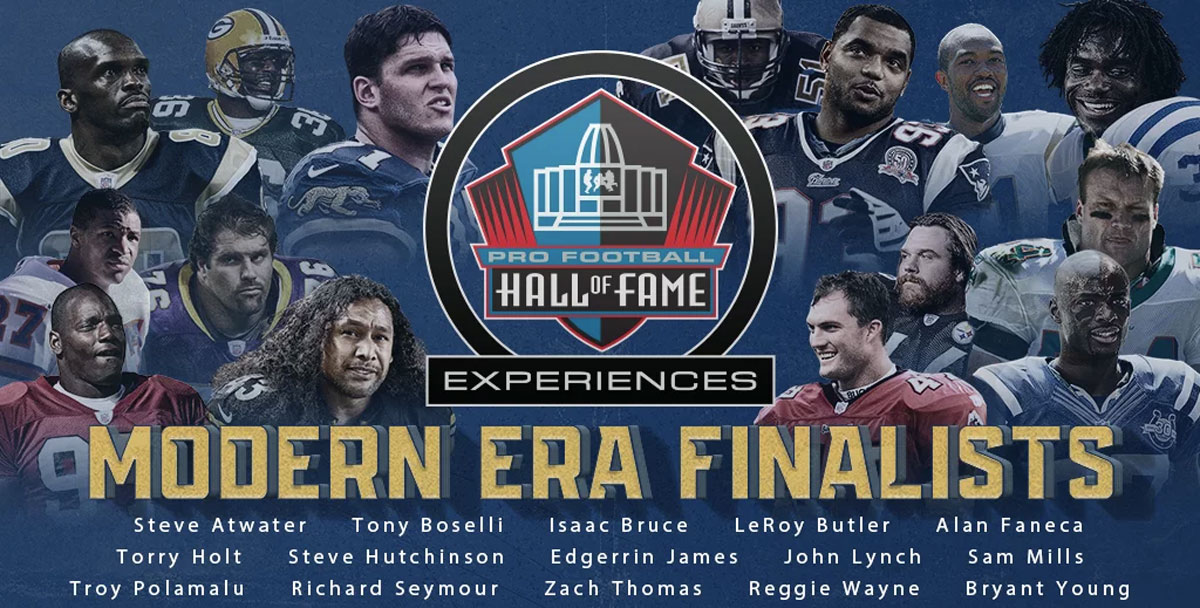 Be there in Canton to see the Class of 2020 get enshrined in August with an Official Ticket Package from HOF Experiences.