With that being said, let’s get to know some of these Gold Jackets! First up is one of the best quarterbacks of all time, Dan Marino. Read about his NFL career below.

Dan Marino was the Miami Dolphins’ first round pick in the 1983 NFL Draft, making him the 27th pick overall. He quickly earned the starting role of quarterback in his rookie season and remained in that position for his 17 seasons in the NFL.

During his rookie season, Marino made two early relief appearances before becoming the Dolphins' starter in the sixth week. He transformed the Dolphins’ offense and led them to a 12-4 record and the AFC East title. Marino threw 20 touchdowns and recorded a 96.0 passer rating, rightfully earning him Rookie of the Year honors. He also earned his first Pro Bowl selection.

His next season only went up from there. Marino broke the NFL record brooks as he became the first player to ever pass for 5,000 yards in a single season – he finished with 5,084 yards. He also obliterated the previous touchdown record with 48 touchdown passes. By the end of the season, Marino had set six league records and was named the NFL’s Most Valuable Player. In the 1984 Championship game, he threw for 421 yards and four touchdowns to lead the Dolphins to a 45-28 win over the Pittsburgh Steelers and a trip to his first and only Super Bowl.

Marino continued to set records throughout his career. By the end of the 1995 season, he become the career passing leader in attempts, completions, yards and touchdowns. During his 242-game NFL career, he completed 4,967 of 8,358 passes for 61,361 yards and threw 420 touchdowns. 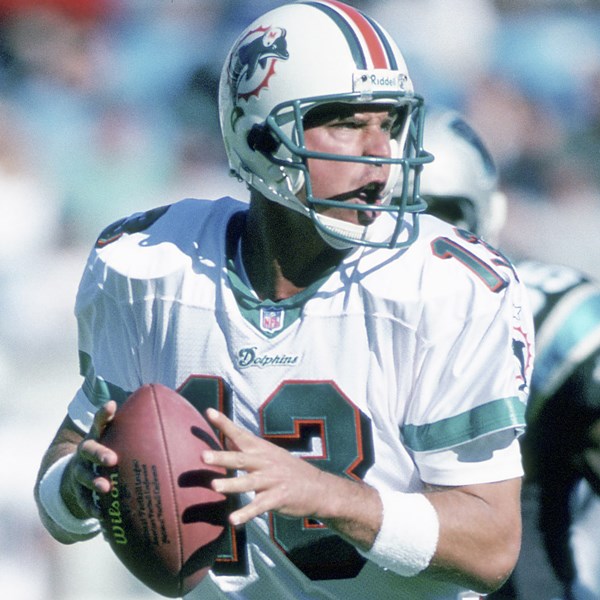 Interestingly enough, although Marino was one of the best quarterbacks of his time and led the Dolphins to tremendous success, he never won a Super Bowl.

After His NFL Career

Dan Marino was inducted into the Pro Football Hall of Fame in 2005. As many will recall from the closing of his enshrinement speech, he threw one last pass to his former teammate Mark Clayton.

“I'm going to start licking my fingers a little bit because you know what happens when I lick my fingers. Of course in the end, every quarterback wants one more thing. He wants one more Sunday in front of his fans with a football in his hand with one last chance to go deep. And I'm going deep.

Clayton, turn around and go deep right there. Go. You gotta run, man. He was much quicker in his younger days, you know what I'm saying? Much quicker.”

And the crowd went wild. You can watch the acceptance speech here. 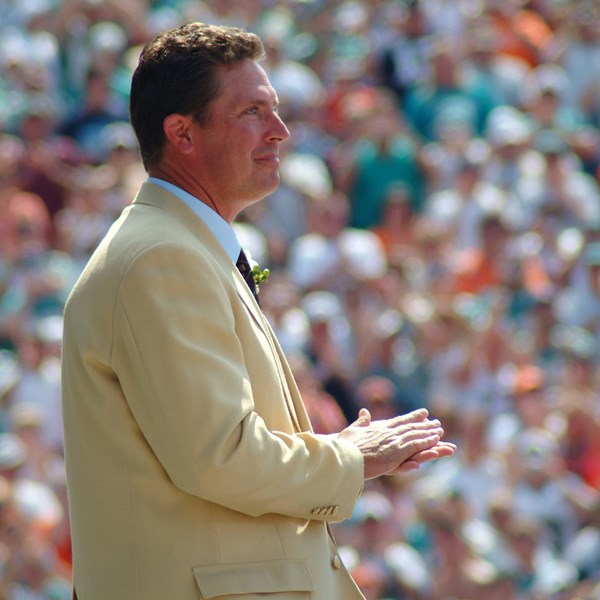 Over the next several months, we will continue to highlight Pro Football Hall of Famers! Check back with us soon to learn about another infamous Hall of Famer.