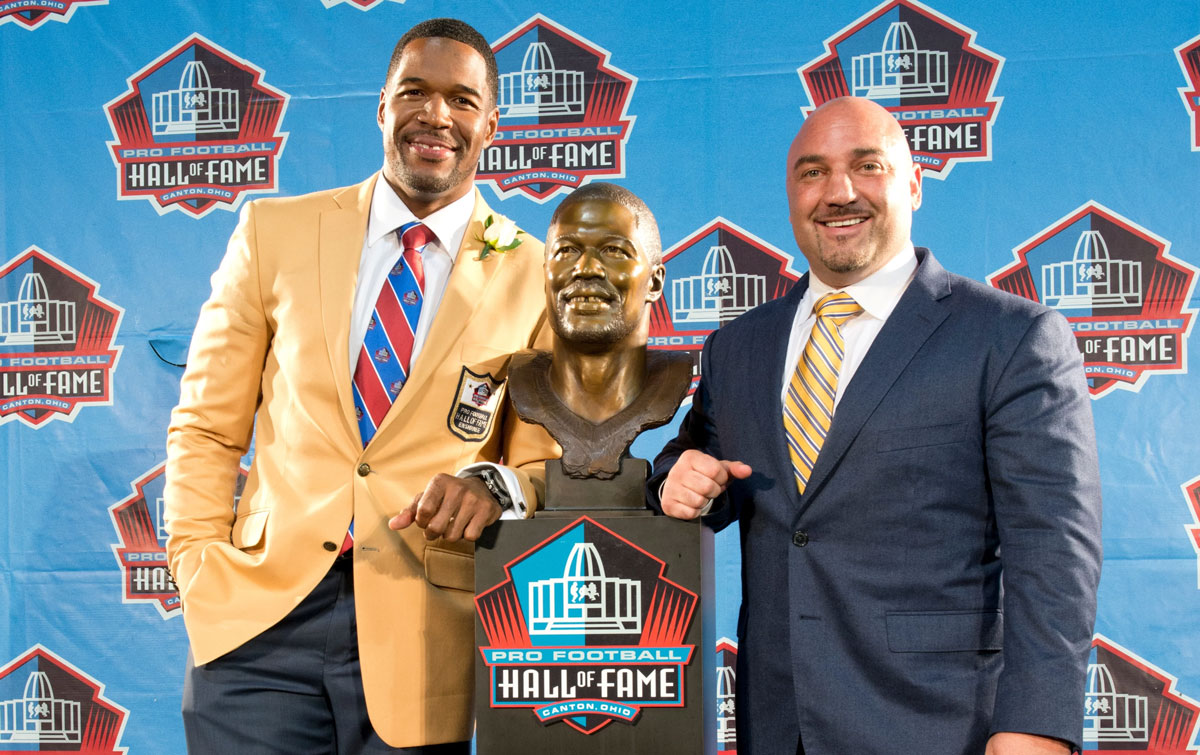 Now, let’s get one thing straight– I have been a Michael Strahan fan since the 90s when he was a bit rounder and not nearly as famous. I have been a fan since before he became a TV personality and for good reason– my grandfather told me to be a Michael Strahan fan. He believed Strahan was going to turn things around for our boys. Strahan was drafted in 1993 by the New York Giants where he played for 15 seasons. He was the heart of our team for 15 straight years. Quarterbacks feared him and offensive lines couldn’t stop him.

Strahan is one of the best Defensive Ends to have ever played the game. He recorded 141.5 career sacks and was an All-Pro and All-NFC player five times. He was selected for seven pro bowls. He holds two NFL sack titles– including a single-season record of 22.5 sacks in 2001. He also boasts four interceptions, two touchdowns, and one safety. Strahan was the 2001 NFL Defensive Player of the Year. His last NFL game was Super Bowl XLII where he was an integral part of the New York Giants’ victory. He was inducted into the Pro Football Hall of Fame in 2014; you can see his speech here.

Now-a-days you can catch Michael Strahan just about anywhere! Strahan is quite the jet setter flying from New York to California every weekend for his on-screen career. He is a football analyst on Fox NFL Sundays and a co-host on Good Morning America throughout the week. He is beloved by fans across the nation. If filming his shows six days a week didn’t keep him busy, creating his clothing line for JCPenny and promoting his self-help book, “Wake Up Happy,” sure do.

According to MichaelStrahan.com, the father of four, “is also a partner and producer at SMAC Entertainment – a multi-dimensional talent management, branding, and production company.”  While he keeps his schedule full, he still finds time to spend with his family and support philanthropies close to his heart.

Join Us in Canton 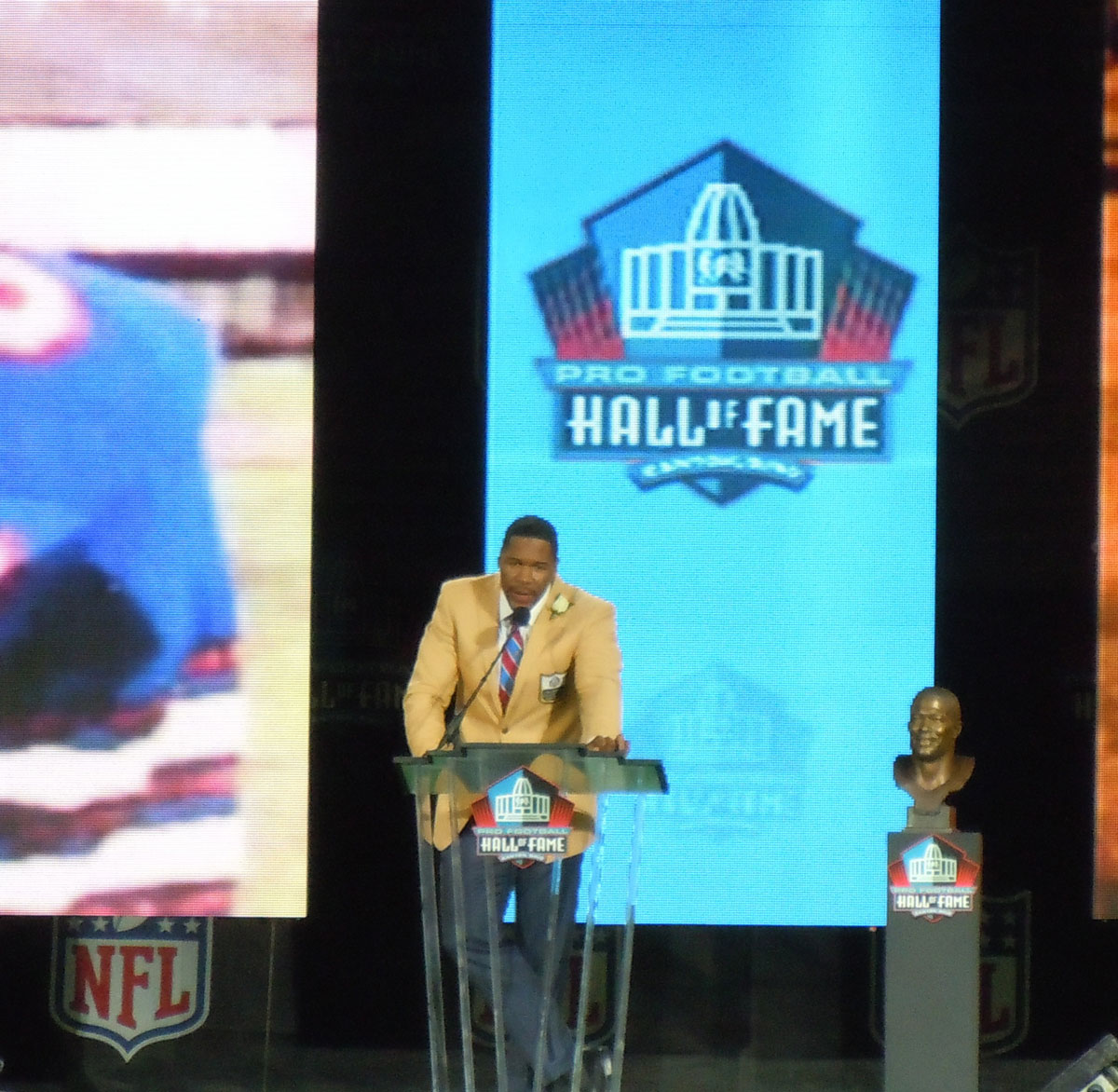