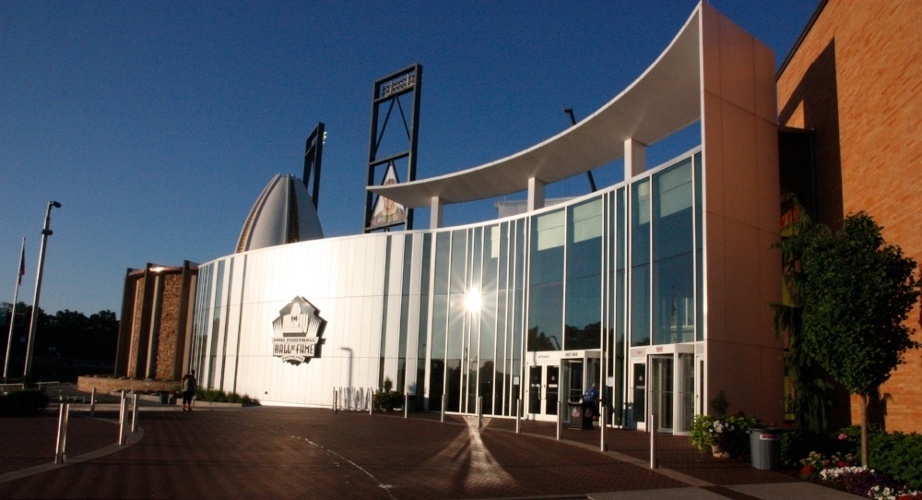 A few weeks ago, we arrived in Canton for the Pro Football Hall of Fame Enshrinement Weekend! There were plenty of action-packed events to keep guests entertained during their trip, but we want to specifically highlight the ones directly involving the Class of 2016. Take a look below at the four events our guests were able to experience with the new enshrinees.

The Gold Jacket Ceremony kicked off the Pro Football Hall of Fame Enshrinement Weekend at the Krassas Center on Thursday night. Family and friends of the Class of 2016 sat at tables that surrounded the stage, but our guests definitely had the next best seats with a spectacular view of the stage. At the Gold Jacket Ceremony, returning Gold Jackets were first welcomed onto the stage – it was like a sea of gold once they have all arrived! Then, the members of the new class were introduced and welcomed on stage to put on their Gold Jackets. They walked through the sea of gold while the crowd whistled and cheered and then were greeted by their presenters who assisted them in putting on the jacket. 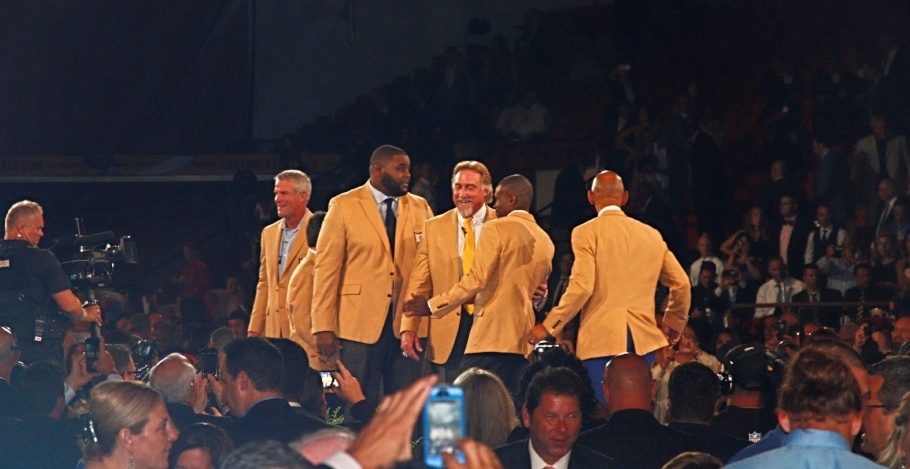 The Enshrinement Ceremony is the main reason we were all there! There’s nothing like being there to see your favorite players, coaches and contributors be inducted into the Pro Football Hall of Fame. The returning Hall of Famers sat on the stage with the current class and were introduced to the crowd. Our Diamond and Platinum guests sat one section back from the stage. The front floor section is reserved for family, friends and people like Peyton Manning and Aaron Rodgers. That’s one of the cool things about the Enshrinement Ceremony – besides seeing a multitude of Hall of Famers, you also see more current players who are either playing in the Hall of Fame Game or are there to support an inductee.

At the Enshrinement Ceremony, each member of the Class of 2016 unveiled their bust, was presented by an individual of their choice and then gave a speech regarding their induction. We heard them tell funny stories, share emotional moments and express their gratitude towards the people who helped them get to where they are. The length of the speeches varied – some were 10 minutes and some were 30 minutes (we’re looking at you Brett Favre). It was a beautiful ceremony and one we will remember for years to come.

The Game Day Roundtable Luncheon was available for our Diamond, Platinum and Gold guests. Located in the Krassas Center, this event was the first close-up look at the Class of 2016. Our guests were seated at round tables (hence the name!) where they enjoyed a tasty lunch with the inductees. The inductees were seated at an elevated long table, easily viewable to everyone in the room. Seating for guests varied based on package type. Following the luncheon, we headed over to the Game Day Roundtable where the Class of 2016 answered questions and told stories about each other and their careers. 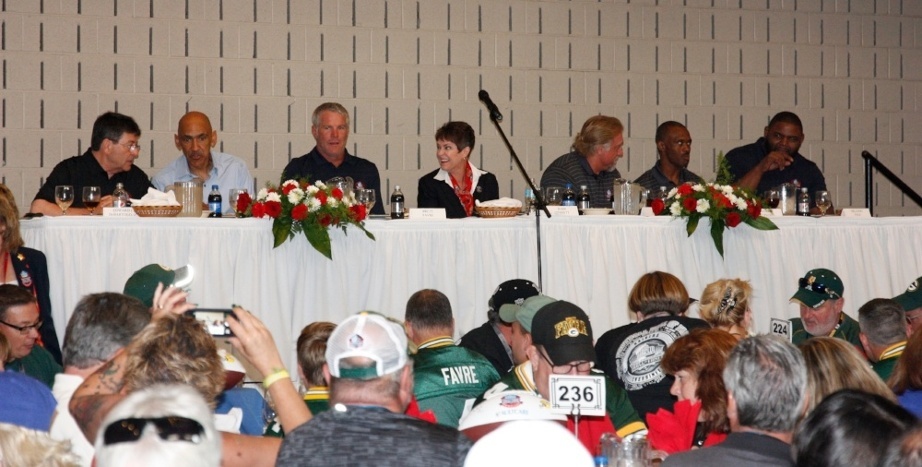 Easily the highlight of the weekend, the autograph session was the one opportunity fans had to be up close and personal with the enshrinees. It was only available to those who bought the Diamond package, so it was definitely an exclusive event. The members of the Class of 2016 sat at tables in one long row as the fans walked down to have them autograph helmets, jerseys, photos and more. Each enshrinee is only allowed to sign one item, but it doesn’t have to be the same item for each of them. For example, someone could have had Marvin Harrison sign a jersey and Tony Dungy sign a helmet. Most of our guests think this is one of the best parts of their trip. 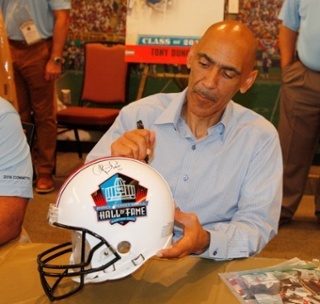 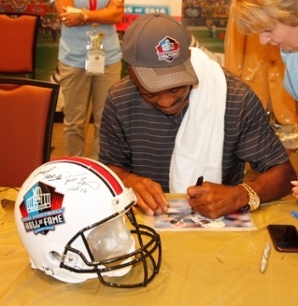 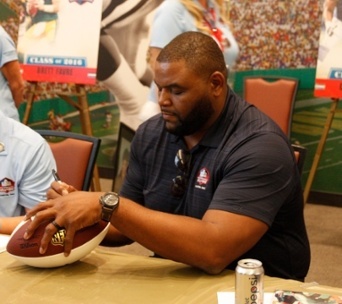 Attend These Pro Football Hall of Fame Events in 2017!

We already have packages available for next year! The Diamond packages are usually the first to go, so if you are interested in the Class of 2017 Autograph Session, then make sure to book your trip early. You don’t want to miss out on these incredible events with the new enshrinees – click below to see the available packages!