Every person that enters the Pro Football Hall of Fame has the right to be considered an all-time great on the field, but not all of them were born with the skill of public speaking. But there is a select few who have the skill and put in on full display in front of an audience in attendance to honor their legacy and playing career. 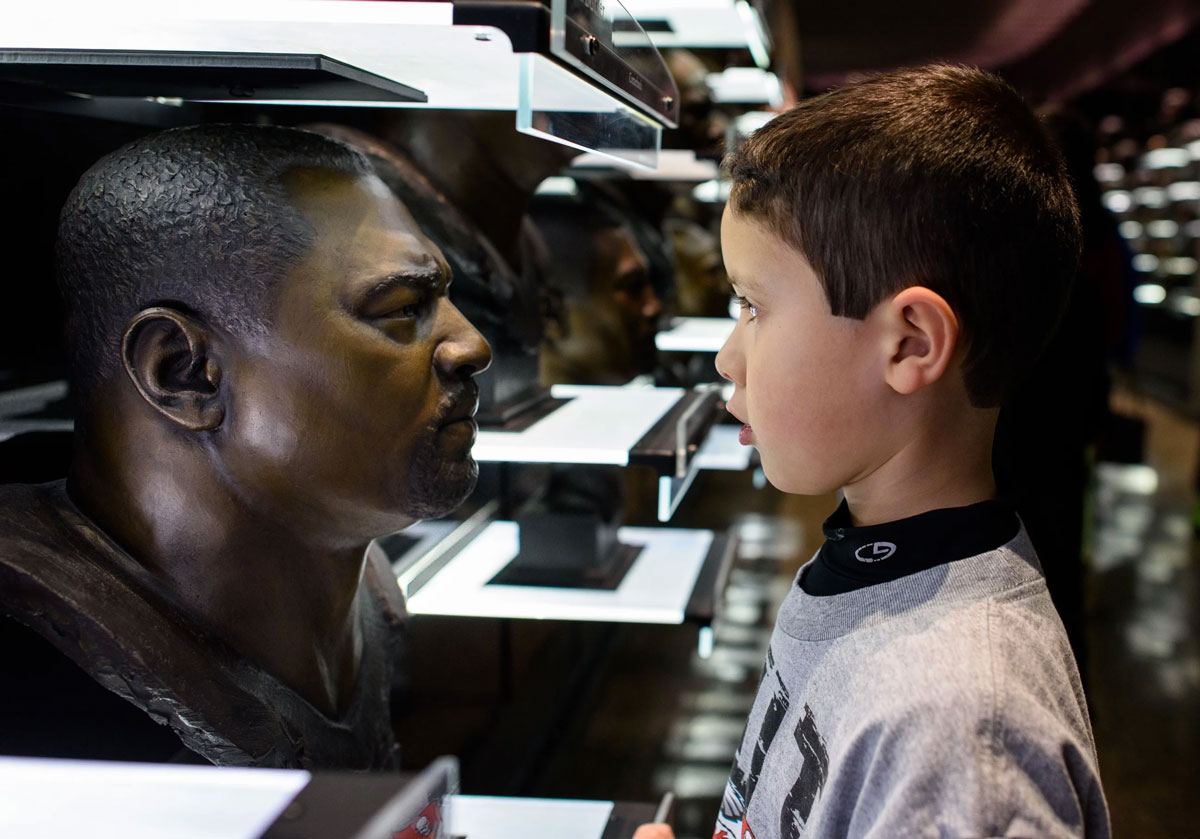 Here are our choices for the five great Pro Football Hall of Fame Induction speeches of all time:

Inducted as a member of the Class of 2012, the long-time Jets tailback took to the podium and rattled the audience with a speech for the ages. Martin was honest and candid with the crowd, revealing how at one point in his early life he didn't know if he loved the game of football. He spoke on difficult topics -- like witnessing spousal abuse at the hands of his father -- and how the need and desire to be there for his mother led him to football. He praised his coach and role model Bill Parcells for his hand in Martin's career success and was able to add bits of comedy to ease any of the leftover tension from his dark-toned topics. Powerful, haunting, and a rousing success — Martin's speech is one for the record books.

While he's known today for his firebrand style on sports talk television, Shannon Sharpe's greatest accomplishment in front of a microphone had to be when he was inducted into the Pro Football HOF in 2011. Sharpe spoke on self-belief and confidence and how that drove him to success in the NFL. But the great orator really won over the crowd with his discussion about family. He spoke on his brother, Sterling, who he encouraged the selection committee to consider the next time they pick who dons the gold jacket. The main idea of Sharpe's speech: family over everything.

"To join these men, on this stage, in football heaven... is the greatest day of my life." With teary eyes and a smile plastered across his face, Cris Carter spoke on his family and the fine men and women he met along the way during his playing career. Carter talked about his struggles with alcoholism, and how he was encouraged by a dear friend in a moment that led to 20-plus years of sobriety. It's heart-wrenching and must-see.

Deion Sanders' speech started out like any other normally would, with a list of thanks to those who helped him in his career. But then he spoke about his mother, and how everything he did on the field, from his performance to his persona, was in dedication to his hard-working "mama". He then spoke candidly to the audience about making a difference in your community and in your own life in an effort to improve the world. It was a call to action, and couldn't have happened on much bigger of a stage.

It's not every day that a Hall of Famer talks about working in a grocery store, but that is an intrinsic part of Kurt Warner's story. While waiting for a chance from an NFL scout, Warner worked nights in a grocery store while taking care of his kids during the day. Warner talked about a thought he had while stocking boxes of Wheaties one night: "Are you going to spend your life stocking somebody else's cereal boxes, or are you going to step out and make sure someone else is stocking yours?" That story by itself makes Warner, and his Hall of Fame speech, one of the all-time greats.

See the Next Great HOF Speech in Person!

Witness history in the making as you see the next batch of players enter the Hall of Fame! Don't miss out on an Enshrinement Week ticket package from HOF Experiences.