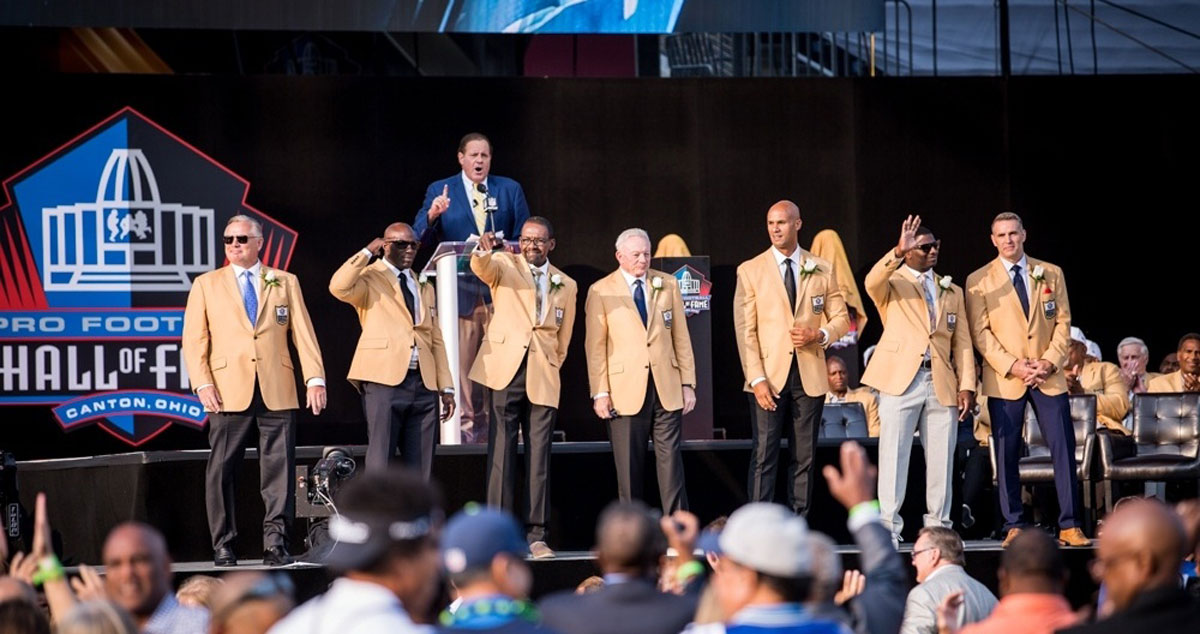 Fall is one of the best times of year, for many reasons! One of those reasons is that the process of selecting the new Pro Football Hall of Fame class begins. What an exciting few months! Deciding who will be enshrined into the Hall of Fame is no easy task. In fact, there are a lot of steps involved in the decision-making process.

Our goal is to simplify this process as much as we can, so that you can understand how it all works. Below, we’ve laid out the basics of the process in the easiest way we could. Take a look!

About the New Class

Celebrate the Class of 2018 in Canton!

Get My 2018 Pro Football Hall of Fame Ticket Package